Some days just seem to go right, and today was one of those days. Quite a lot of days go wrong too but days like today make up for them and reminds anyone who watches wildlife exactly why we do it. My day started at 6am when I woke up and looked outside to see a lovely clear sky and frost on the ground. This normally means a clear, if not cold day so I checked my e-mails from the previous night and saw that Lee Evans had seen the long staying female Ring Necked Parakeet down in Southcott Village near Leighton Buzzard in Beds. The thought of seeing this bird in the hopefully sunny weather and the added bonus of a few of the Kingston Waxwings too on the way back proved to good an opportunity to miss. So after dropping Aimee off at school I set up the sat nav and started heading south. As I drove into Milton Keynes I took a quick divert into Kingston but couldn't find any Waxwings, but I wasn't too down beat as previous experience has taught me that they are roosting elsewhere and don't normally arrive until mid morning anyway so I resumed my journey to Southcott. Upon arrival I found myself walking down a lane in beautiful rural countryside. Almost the first bird I saw was a Goldcrest showing amazingly well in the sunshine, while various other Tits and Finches called all around me. A female Great Spotted Woodpecker was calling from the top of a tree as I followed the path to the open field where I had heard the Parakeet had been residing. As I approached the last tree in the hedgerow I could just see a green head peeking out of a hole, which then flew out and landed in a tree about 50 feet away and started its morning preening whilst calling every now and again.

A couple of women came over and asked what I was looking at, so I let them have a look through the scope and they were astonished to see such a cracking little bird in the winter sun. Apparently they were locals but had no idea that this was here.

On to Milton Keynes again, this time on the way back to Northants. I drove into the Kingston Shopping Centre and after scanning the normal places for Waxwings I had the horrible feeling coming down on me that they were not here anymore, but luckily I managed to see a tree full of birds in the middle of the car park. After I approached these it became clear that they were feeding along the ring road to the north so I followed them and got fairly good views. They were very mobile and kept commuting backwards and forwards but eventually they all took off and flew to some different trees in the car park. I jumped in the car and followed the road around to find them feeding on a small row of Rosehips along the roadside. I parked the car and walked gradually up to them and was astonished at just how close I could get, at one stage I was only about 5 feet away from 2 and they didn't look at all bothered by me taking loads of shots. 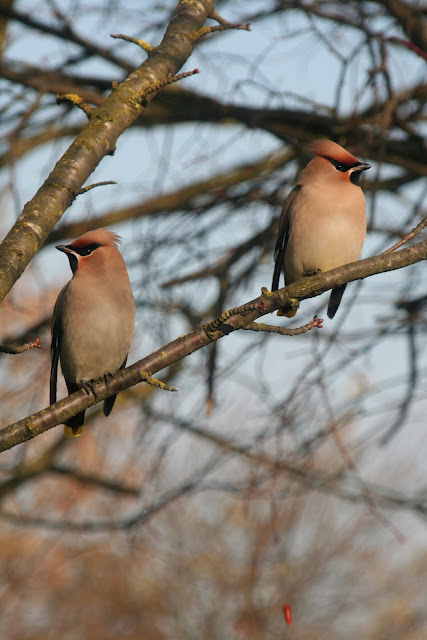 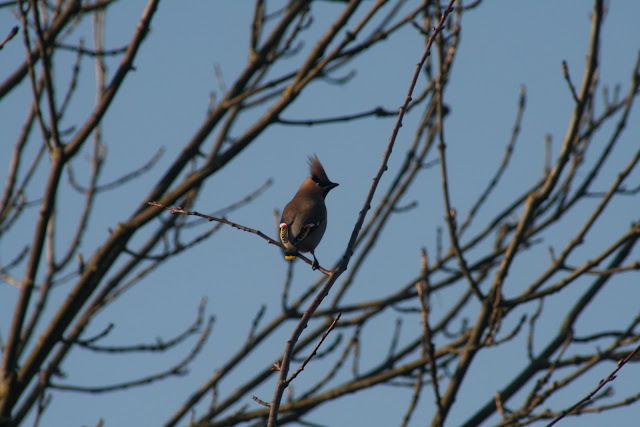 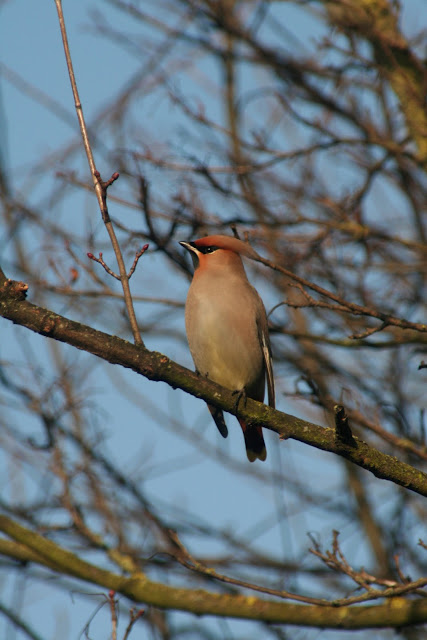 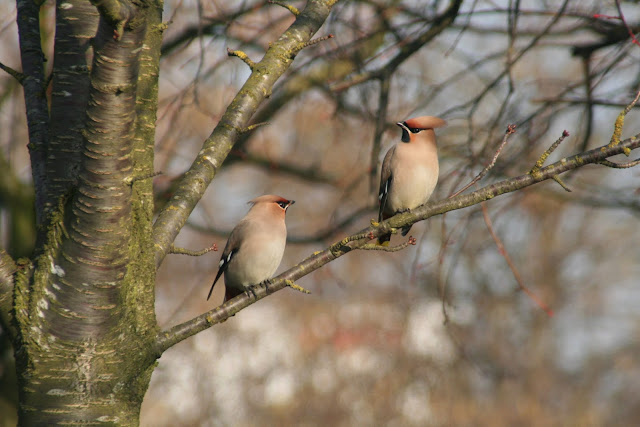 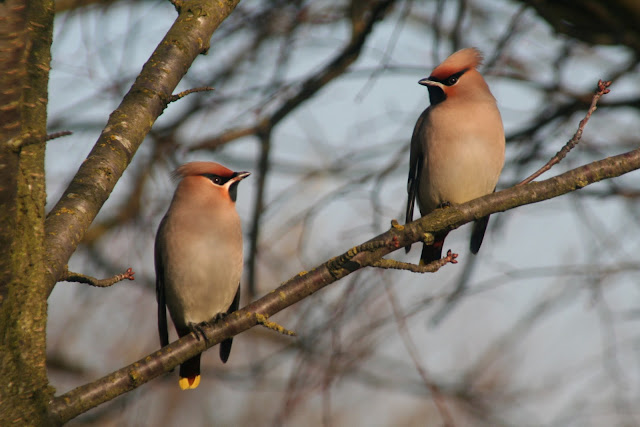 After grabbing a coffee I nipped up to Summer Leys nature reserve to go and get the Tree Sparrows at the feeding station. There was loads of birds here, and quite a lot of Tree Sparrows too. Unfortunately I could only manage this record shot as they were just that bit too distant. 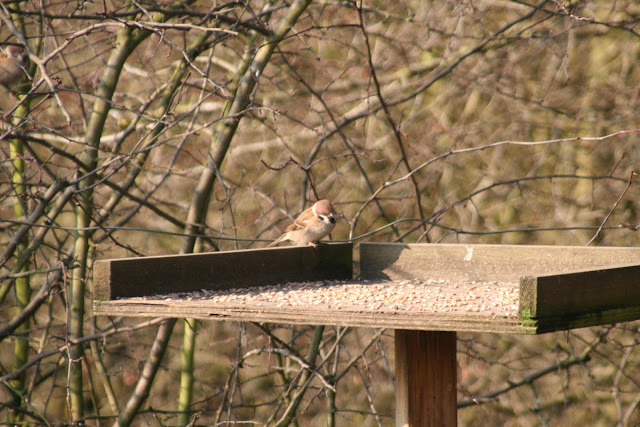 From here I drove up to Harrington Airfield as a huge Brambling flock had been seen here. A couple of local birders have been putting seed out here to help the birds during this winters harsh weather, and it has had incredible results with up to 60 Bramblings being recorded in some flocks. The flock is currently about 40 birds strong and were showing very well in the sun. A nightmare to get a photo of as they just wouldn't stay still for any longer than a matter of seconds but I did finally manage a digiscopped clip of a few of them.

At this point I called it a day as time was getting on and I needed to get back to pick Aimee up from school. An incredible way to spend a few hours though and so I'm so glad I made the effort to get out. It's what wildlife watching is all about!
Posted by David James at 17:07