Last Friday I was lucky enough to have a fairly decent view of a colour ringed Waxwing at the Kingston Shopping Centre in Milton Keynes. After getting in touch with Raymond Duncan (or rather he getting in touch with me with thanks to Lee Evans), who is one of the guys from the Grampian Ringing Group, I received an e-mail this morning showing this little ladies known history.

She's a 3f (1st winter female) and her number is NW50464 and her leg colours are GBBr (Green over Blue,Blue on the right leg).

She was first ringed at Claremont Gardens, Nellfield, Aberdeen on the 19th November 2010.

She was next reported 570km (354 miles) SSE at Cherry Hinton in Cambridge on the 19th December 2010  by a chap called Shaun Sowden. 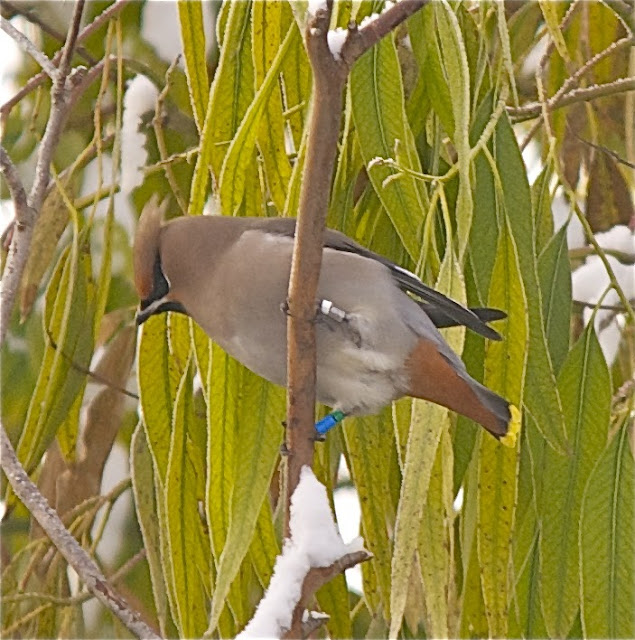 A fascinating story indeed, lets hope she gets seen again so we can check her progress.
Posted by David James at 21:57