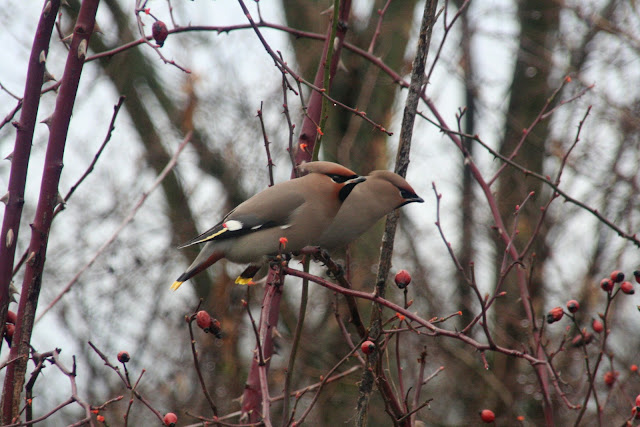 A nice surprise today was the discovery of a flock of Waxwings kicking around the Kingston Shopping Centre in Milton Keynes, and for once I actually had my camera with me. Unfortunately the light was bad so I couldn't get the kind of exposures I'd have liked but never mind they're good enough for me. I drove into the shopping centre about midday and noticed these birds flying around in the tree tops. they were extremely mobile and very hard to keep up with, but I noticed that a large number had gathered opposite McDonalds in the now shut Kingston Tavern car park. To say they were showing well was a amazing understatement, with birds coming down to feed on berries right by the roadside. They seemed to have little fear of people and getting close wasn't a problem. 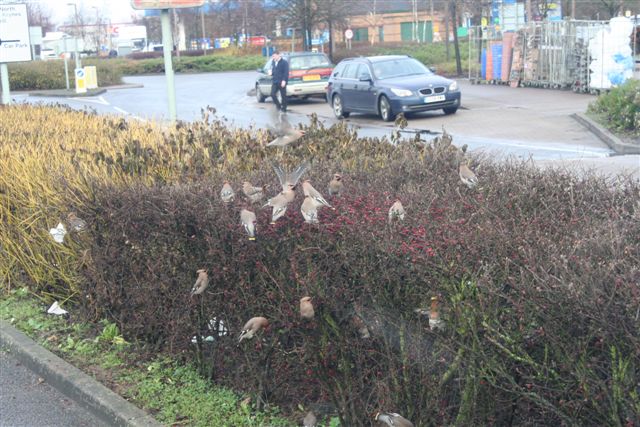 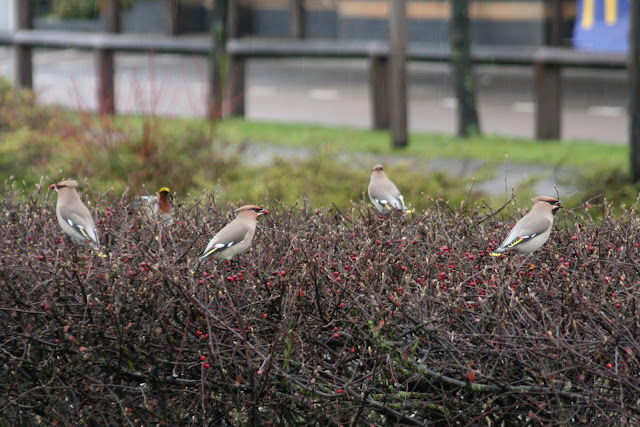 I managed to stay here for a good hour rattling off loads of shots and watching the behaviour, some of which I'd never witnessed before. Examples of these included drinking from puddles after stuffing fruits, and birds tossing berries into the air before swallowing them. 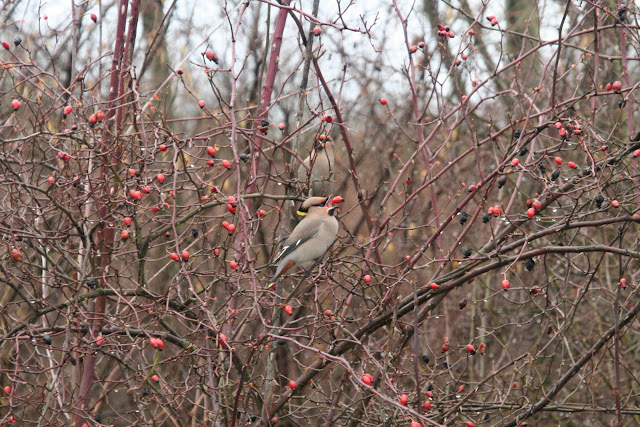 As always it was also nice to be able to answer questions from amazed passers by who wanted to know what they were and why they were here. I did manage to connect with a few more Waxwings at the City Centre later in the afternoon, but not in the numbers seen on Saturday. So as always this winter the Waxwings failed to disappoint, and all I can say is it's going to be real shame when they go as it's been an incredible 2 months. 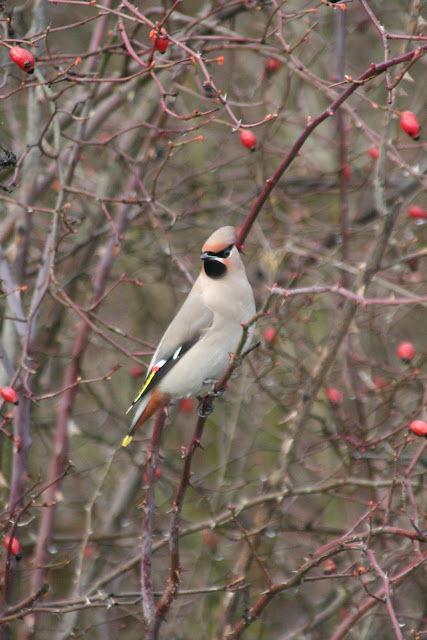 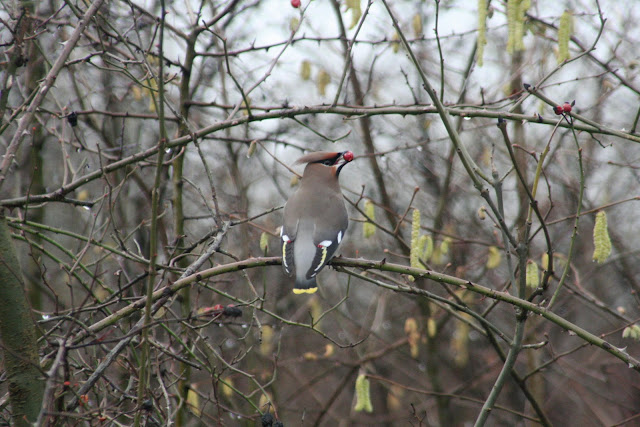