Last year I started a yearlist for the first time, and to try and save a bit of money I kept it local and concentrated on my home county of Northants. The experience has been superb and I am now thoroughly addicted to county birding. Yearlisting can be very frustrating at times due to working full time which can often lead to a panicked dash to a reserve to see a bird after work before it gets dark, but the rewards can be great with an increased knowledge of the local area and a good sense of pride in seeing the bird in the home county. Sure anyone can drive a car around the country to see some of the birds I have got very excited about with relative ease but for some reason now that doesn't give quite the sense of achievement in seeing one out of place here in Northants. I finished 2012 on 169, I tried and tried to add Woodcock to hit the 170 but failed. Some good birds are on the list too with Bonaparte's Gull, Spotted Crake and Richard's Pipit being lifers and White Fronted Goose, Black Redstart, Pied Flycatcher, Brent Goose, and Tree Pipit being county firsts for me. It just goes to show that with a bit of effort some really good birds can be seen. Memorable parts of the first year include being eaten alive by mosquito's while spending several nights in the reedbed at Stanwick lakes trying to see the Spotted Crake, waking up at 3am to make sure I got to Boddington Reservoir at first light to try and see the Bonaparte's Gull (luckily it was still there), charging over to Daventry to see Pied Flycatcher and Black Redstart after work and seeing both without much searching and luckily I was looking in the right place at the right time to see the Bittern fishing in the reeds at Summer Leys - in fact the list is endless. Downsides was the constant Woodcock dips, Hen Harriers dips and spending 6 hours trying to find a Firecrest in the freezing cold - but then of course it would be as much fun if it was easy. I did pop out of county to take a few pictures of Waxwings while having a break from last years xmas shopping in Milton Keynes which I shall post a few below. As I work in MK self finding Waxwings is pretty easy as I do spend all day driving around the areas they like to frequent and found some fairly large flocks over the December and Jan with a conservative count of 120 (there were easily more but only got to 120 when they all flew) at the Hilton Hotel at Kents Hill in MK being the largest. Here is a couple of pics of the Waxwings in Bletchley just before xmas at the Perry's Peugeot Garage along Bilton Road. 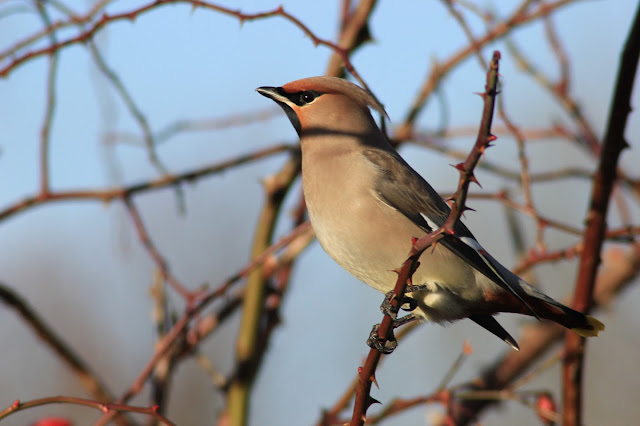 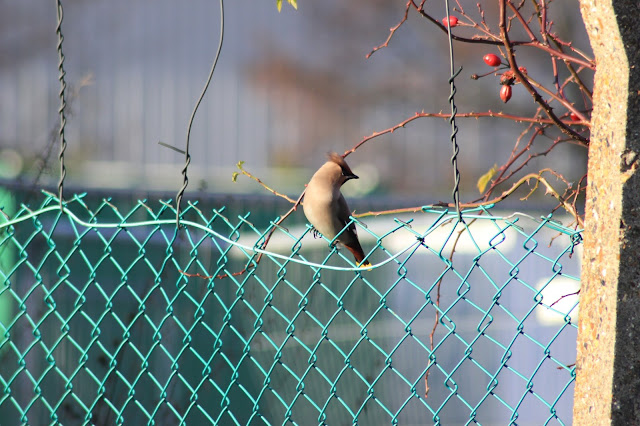 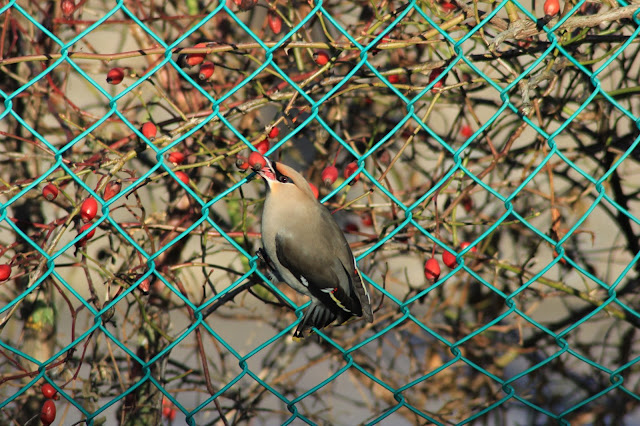 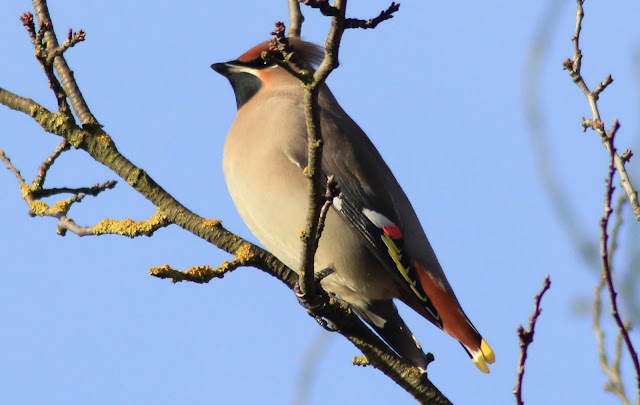 This year though I feel much better prepared and the yealist is already flying ahead of last year. In fact as of today, the 14th Jan, I am already on 102 for the year. Luckily a lot of the birds I have found it hard to see last year I have already got with Kingfisher seen on the first day (it took me 6 months for some reason last year to finally see one), Crossbill ( again took the best part of the year but I managed to see 11 on the first weekend of Jan this year) and finally last weekend I managed to see a Woodcock at Maidwell. I managed to get out on New Years Day and spent all day birding various sites with Great White Egret and Smew being the best birds of the day. A walk to work soon after produced a Barn Owl hunting along the path infront of me in the dark and the following weekend got Scaup at Ditchford, Slavonian Grebe at Pitsford, Crossbill at Wakerley Wood, Bearded Tit and Peregrine at Ecton Sewage farm, and later in the day Black Tailed Godwit, Dunlin and both Iceland and Glaucous Gulls (Iceland Gull gave me the right run around last year too!) in the one evening. The Ecton Bearded Tits were showing very well along the edge of the reeds and I managed to grab this out of focus  record shot of the male (I really need to work on my photography skills). 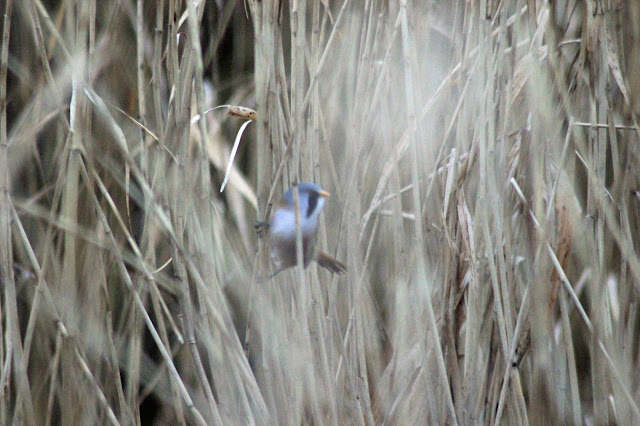 Luckily Waxwings are still plentiful and we haven't found it too difficult to connect with them here in Northants with a scattering of them at Burton Latimer, a single bird at Fineshade Green and some very confiding ones along the A43 near Fineshade. The Sunday of the 13th saw me and my mate John head over to Blatherwyke churchyard to try and see the Hawfinch that had been reported the previous day. I am pleased to say we didn't have to wait too long before John managed to see one which then flew into a tree where another 4 had already landed. Hawfinch are a county first for me too so to see 5 birds sitting very nicely out in the open in a tree very close was a real treat - far better views than I have ever had at Lynford Arboretum in Norfolk. Here's a dodgy pic of one of the male Hawfinch, sorry the quality isn't very good but it's phone digiscoped and the light was appalling. 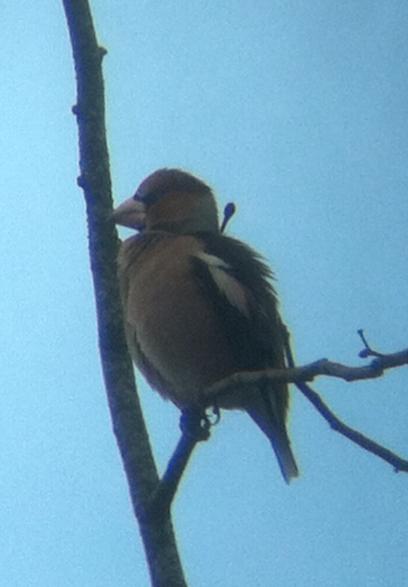 A pair of Mandarin took a lot more searching than was expected at the lake but it meant on this particular day we seemed to be on a roll. Hollowell reservoir got us male Stonechat and a very nice looking Caspian Gull first noticed by John and then we went off to dip yet another Hen Harrier at Harrington Airfield. In the late afternoon we ended up having a real surprise in the shape of a pair of Tawny Owls sitting right out in the open in almost broad daylight - I'm not going to say where as they were right next to a nest box. So that is the story so far, listing will be a real challenge though this year as a change around at work will mean I shall be finishing later so those mid week birds in spring will be a real challenge. Lets hope they will all hang around until the weekends! Good birding all and I know its a bit late but have a happy new year too.
Posted by David James at 18:44 2 comments: