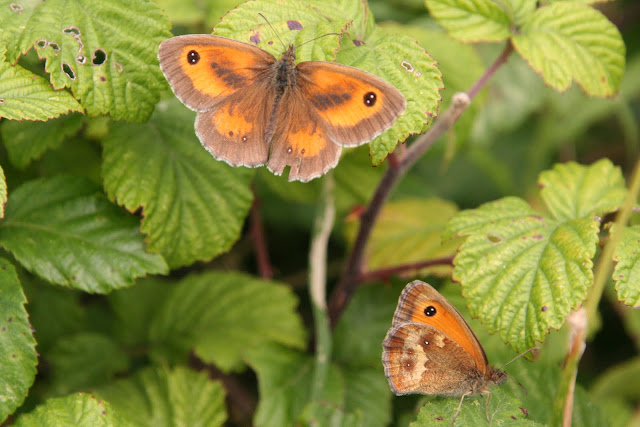 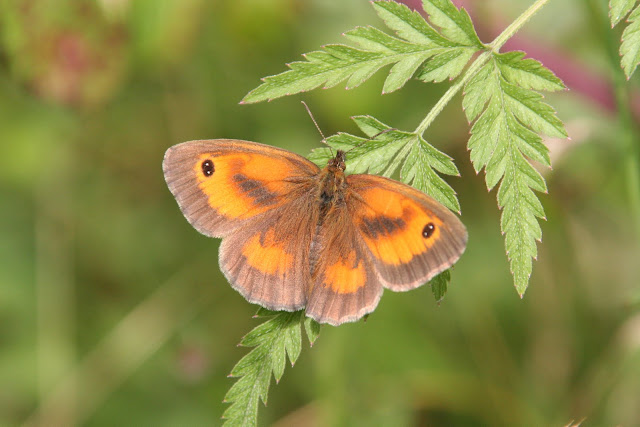 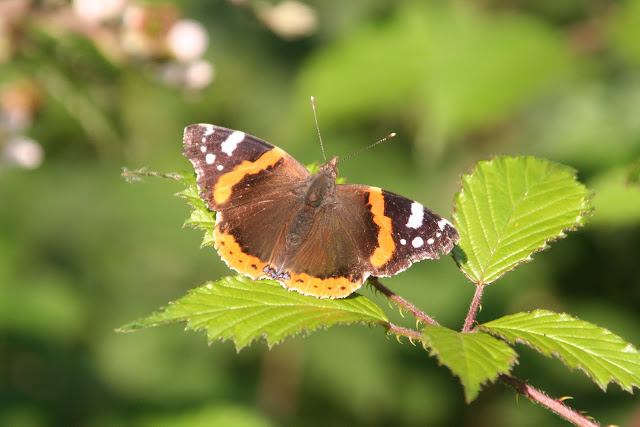 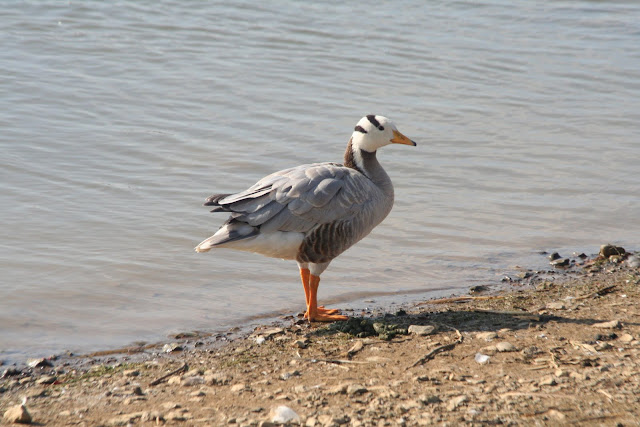 News had broken out during the previous week that a Common Rosefinch had been located near Melbourn in Cambridgshire. To be honest I wasn't too bothered about seeing it but as it was a lifer and nothing else was about I gave Pete Bateup a call and after he said he was interested in seeing it we arranged to pop over on the Sunday morning. The area where the bird had been found was in the gardens of a small farmhouse next to the Melbourn Golf Course and after parking up we began to listen for the call. It was obviously keeping quiet this morning and we searched the hedgrerows of the surrounding gardens in vain for 15 minutes or so before it started singing. It then sang for about half an hour frustratingly out of view all the time. It was very mobile and every 5 minutes it had changed location before settling in the a large conifer by the side of the road - this time on view. We got some nice prolonged views of the bird singing out in the open before it finally took flight and flew over the field calling as it went. Both Pete and myself decided to call it a day at this point as we both agreed that better views of the bird were unlikely. Quite a drab little bird really but a very nice song and a new Brit Tick in the bargain too!
Posted by David James at 19:49 No comments:

I've decided to wind down the chasing around after 2 weeks of driving all over the place as I'm back to work on Monday after a great 2 weeks off. So with this in mind I went to a local wood, namely Salcey Forest in Northants just for a mornings walk. I was very surprised therefore when a Purple Emperor Butterfly came down from an Oak tree and settled on the ground infront of me. This a bit of a shock in 2 respects - firstly I had no idea they were here, and secondly I have been driving passed this wood to embark upon the 30 odd mile trip to Fermyn to see them there and all this time they were right on the doorstep! Never mind I wandered along the path to the tree canopy walk see another Purple Emperor and a White Admiral on the way. from the canopy tower a Spotted Flycather could be seen zipping backwards and forwards catching flies and a multitude of Tits were working their way through the trees with Goldcrests and a Treecreeper in tow. The real surprise for the day though came a bit further down the path. There's a section where the tree's are slightly set back from the path and the verges are lined with tall purple flowers. it looked like ideal White Letter Hairstreak habitat with Ash Trees and Brambles all around, and it was while looking for these I noticed a small insect visiting the flowers heads and I'll have to admit I nearly jumped out of my skin. A Hummingbird Hawkmoth was right infront of me! I'd spent ages last year trying to catch up with these totally in vain and after all that searching here was one right there. I'm pleased to say it hung around long enough for me to chase it about and get some some decent shots. 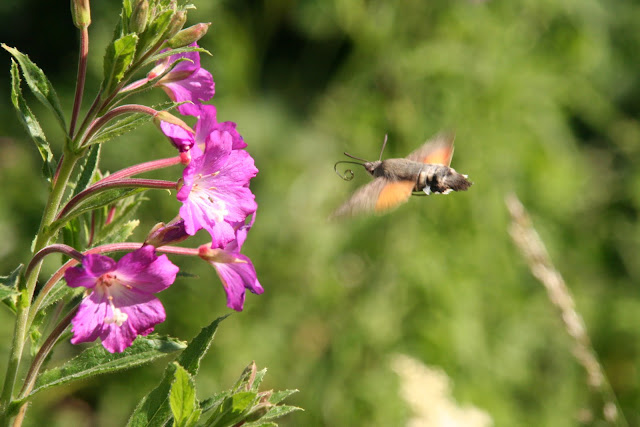 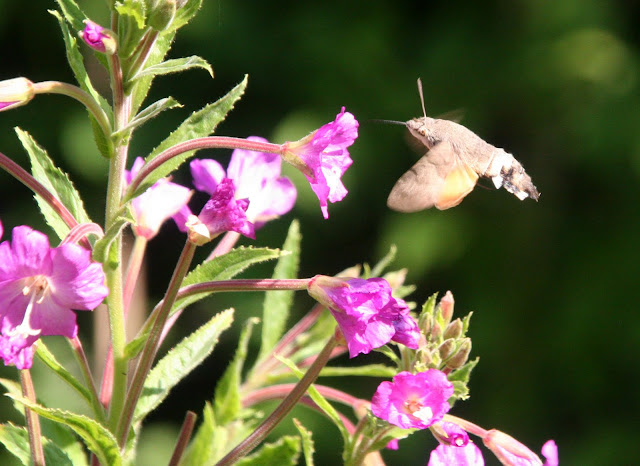 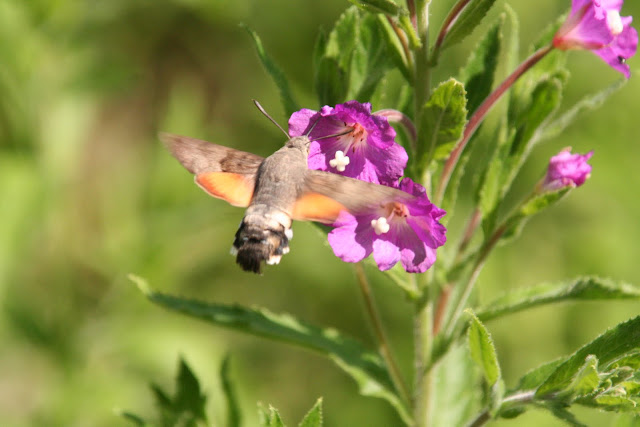 Today was spent up in Rutland trying to get a pic of Adders. I had learnt that Ketton Quarry near Stamford was a good site and as the sun was shining I drove up to see what I could get. The area in question is a pile of rocks just next to the car park, and the initial search was in vain so I spent a few minutes searching the quarry area before returning. Lots of Marbled Whites, Meadow Browns and Small Heath butterflies were whizzing around and a lot of Common Spot Orchids could be seen poking up amongst the grasses as I made my way slowly back towards the pile of stones being very careful how I trod so as not to disturb her and there she was all curled up and enjoying the sunshine. Unfortunately she was a lot more alert than I anticipated and as soon as I got within photo distance she was off. So back off around the reserve I went, this time for a longer walk. It's a fantastic place for Butterflies and I'm sure any botonists would have a good day with the variety of plants and flowers. Up towards the working quarry section I managed to pick out this Bee Orchid in full flower. 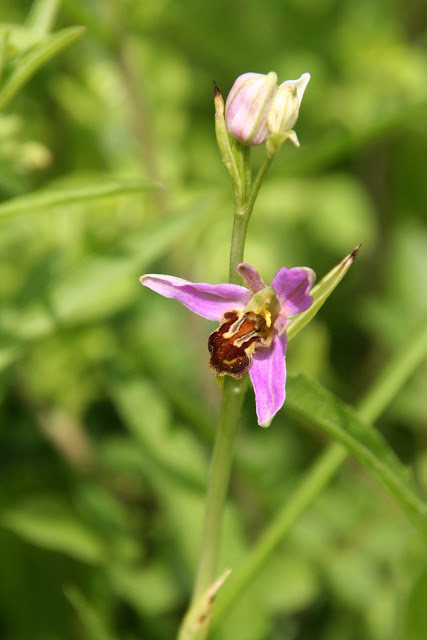 Upon returning to the rocks she was out again but this time being very awkward and only have her back end on display. I grabbed a few record shots to show the diamond back pattern before she went back into the rock and slid around to the other side to stick her head out to take a look at me. 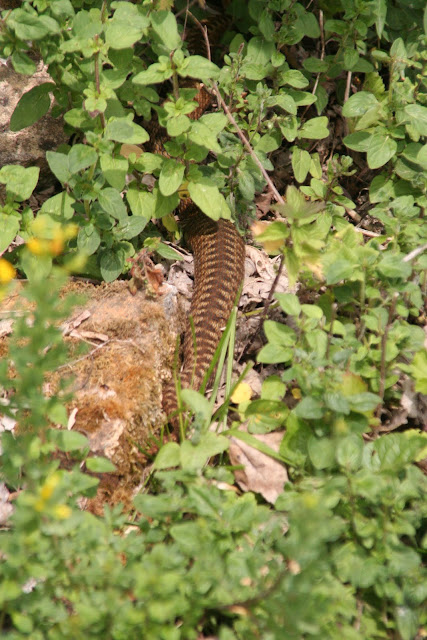 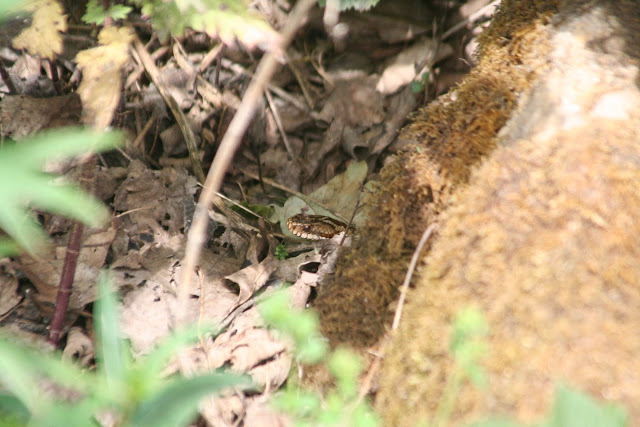 As time was getting on I had to give up to concentrate on the next target species of the day - Silver Washed Fritillary. For these I headed to another nearby site called Bedford Purlieus. The minute I waked into the wood one could be seen flitting around a bramble bush and walking further into the wood another could were found in quite a short distance. A single White Admiral was found and also a single Purple Hairstreak flying high up in the Oak canopy. Out of all the Silver Washed Fritillary's along the path it bacame clear that the best pictures would be obtained from the first one just inside the wood due to it's proximity to the path so I returned to find it still feeding away. The technique of standing in one place and letting it come to you seemed to work best and gradually as it worked it's way along the Bramble flowers it eventually settled right infront of me allowing me to get a few shots. 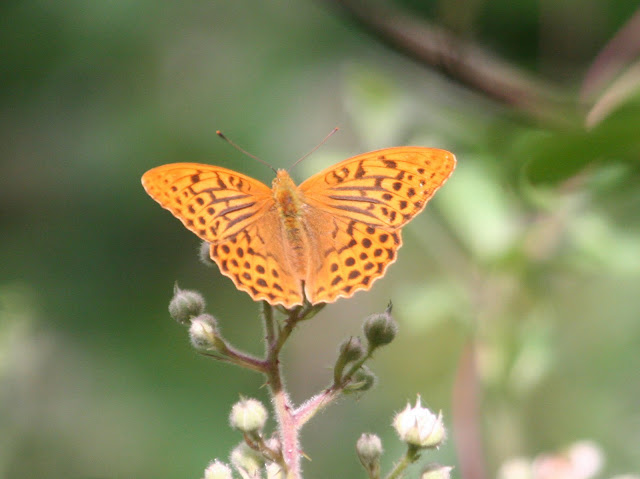 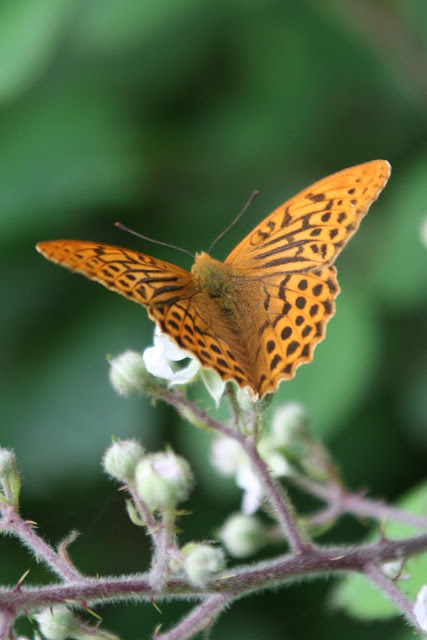 All in all a good day out. Shame the Adder was so shy though!!
Posted by David James at 12:24 No comments: