Today I nipped across the border up into Leicestershire. Rutland Water can normally be relied upon to come up with the goods bird wise and it's always worth keeping an eye on sightings there. Recently a White Rumped Sandpiper has been seen here and luckily it has hung around long enough for me to get a day off work and finally get up there and see it. It has been feeding around the Lapwing Hide so when I arrived I made my way straight there as it looked like quite a lot of people were here for exactly the same reason as I was. On entering the hide I could see a number of waders feeding along the shore - mainly Dunlin with a few Ringed Plover and Redshank. The bird I was after at a glance looks quite like a Dunlin with the exception of it's short bill, pale supercillium and very long primary projection (in fact when this bird bends over to feed the wing tips can flap around behind it's tail almost like tail streamers!) and a long attenuated body. To the left of the hide the wader could be seen closely following a ringed Plover. It was a very nice bird to get to see for two reasons. Firstly it was a lifer and secondly (and in fairness more importantly) it is was I like to call an educational bird - as in its a confusion species and can be easily overlooked, especially when feeding with Dunlin, so I'm hoping that by seeing this one I'll make sure I do not overlook it when I am patching in the future. I managed to get a couple of digipics and a very shaky vid in the wind. 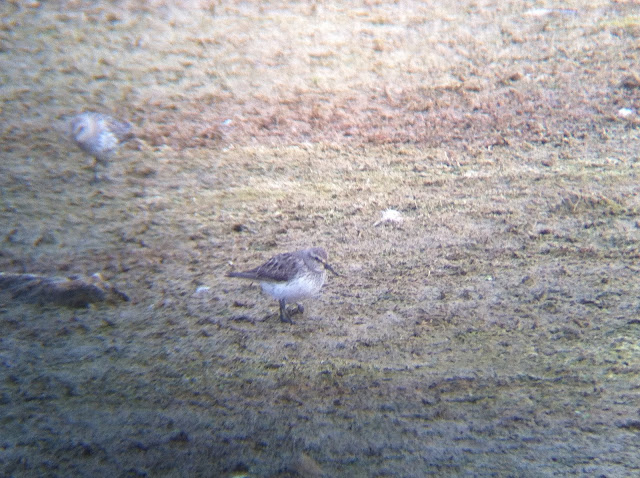 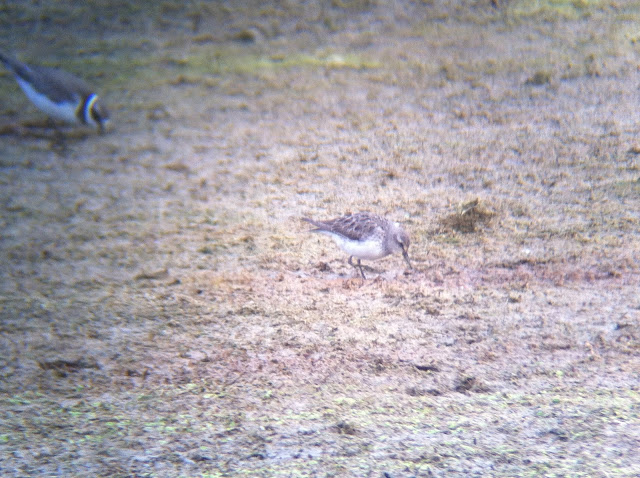 Another nice bird to see from the same hide was a drake American Wigeon. It is believed this is the same bird that was present here last winter and if so it is nice to see it back as it is a cracking bird. It was showing very well right in front of the hide but unfortunately because of the rare American wader on the shore it wasn't stealing the limelight as it was last year. 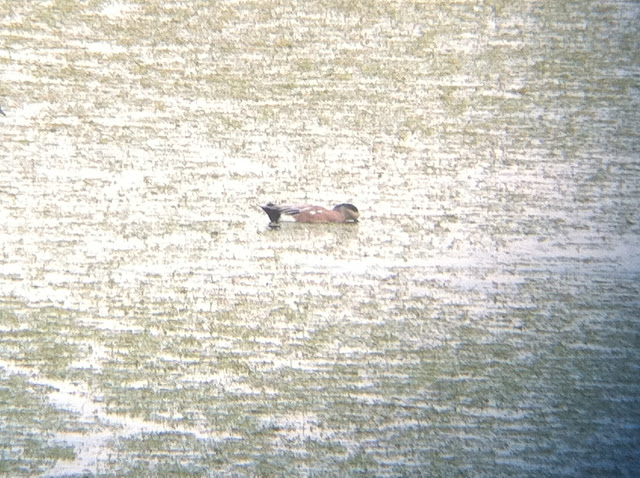