This morning I decided to visit a local area between the town where I live ( Finedon ) and Irthlingborough to see what Gulls were about. Sidegate Landfill site is close by so lots of Gulls loaf about in the fields during the day. I parked the car at the track in Kenmuir Road and walked up into the countryside. Chaffinch, Greenfinch and Dunnock were all calling along the hedgerows and as I approached the open field Skylarks started soaring up into the sky signing away. Gulls seemed pretty thing on the ground, with loads of them still circling over the tip I made my way over to Cherry Hall which is next to the Gulls favourite field as invariably its flooded. Unfortunately not one Gull was there so I decided to pop over and have a look at the hedgerows just to the south. This is an incredible site for Tree Sparrows but some years can be hit and miss, and last year I think the largest tally was just 8 birds. 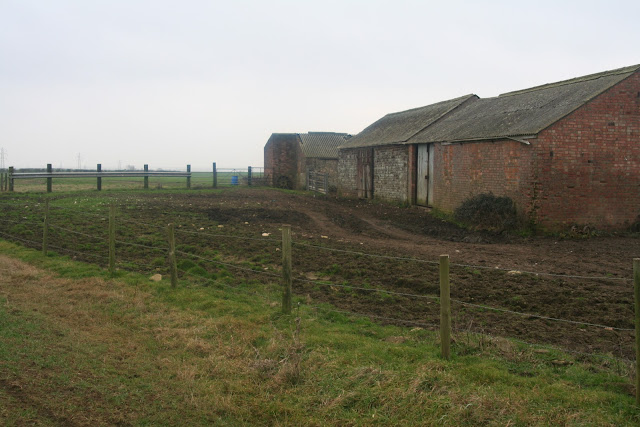 As I walked around to the area where the birds have frequented in the past I noticed a small flock fly up and perch in the corner of the hedgerow infront of me and a quick scan produced 29 Trees Sparrows and a single male Yellowhammer. Further scanning found loads more in the side of the hedge and more birds still flying in the join them. As I moved around the the left to view the other side of the hedge they all took flight. 3 Large flocks all flew up into the air calling as they did so, and there was no less than 60 Trees Sparrows in this lot at least. In fact that's a conservative estimate as I simply didn't have time to count them all. what a fantastic sight, and one which beats my own personal record of 55 here 5 years ago. In normal years Yellowhammer and Reed Bunting out number the Tree Sparrows by quite a lot, but to here all these Sparrows in the air all calling at the same time was a superb sight. it became obvious that they were not going to return to the site any time soon so to reduce the risk of too much disturbance I started to head back to the Gull field. this time 8 Black Headed Gulls had landed along with 2 first Winter Herring Gulls. I glanced behind me to see a pair of Hares approaching my position, and as I was tucked into the hedge they didn't see me. I was hoping for a boxing display, but evidently the female had just given up and let him have his way with her. 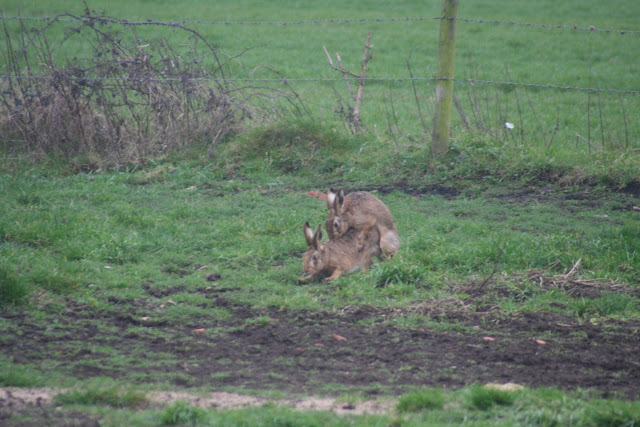 Soon after the Hares left I made my way to the footbridge which takes you into the Gull field and noticed this little pellet. I'm assuming an Owl but I'll have to do some research to see what made it. 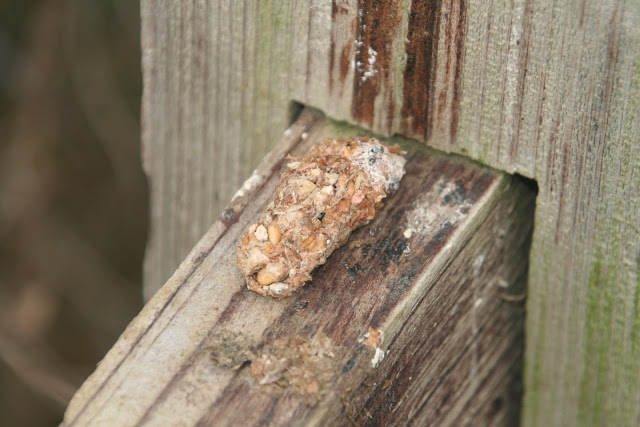 After all this I made my way back to the car with Skylarks signing everywhere. Its really good to see such numbers of these farmland birds, as its not always like this every year and as they've suffered so badly recently is quite reassuring. Obviously they've still got a long way to go to get back to the numbers from years ago, but hopefully it heading in the right direction. A final nice sight was had courtesy of this very obliging Dunnock who seemed far more interested in singing its song than my presence. 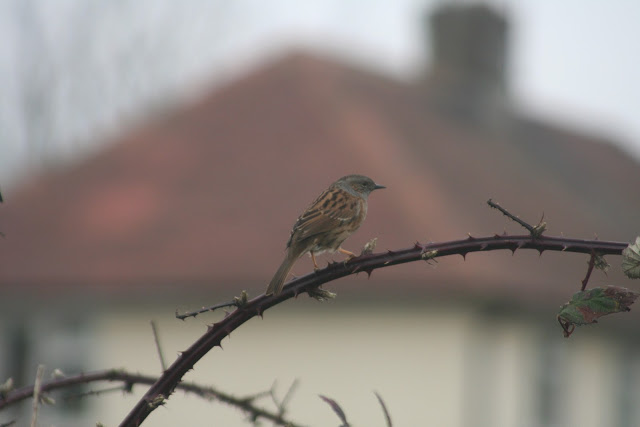 A nice morning, and I really should get up this area more often - even though I never did many Gulls!
Posted by David James at 11:41