After most of the previous weeks good fortune with connecting with the birds I was after I realised at some stage it was going to end, and boy did it end. The run of bad luck started with the almost gale force winds which hit Northants on friday. I had met with local birder Pete Bateup as he had asked me to show him one of my local patches (Ditchford Gravel Pits) as I had seen the Glaucous Gull there a few days ago (see previous post). It soon became apparent that gull watching was not going to be on the agenda today as the weather was horrendous, with huge waves going across all the lakes in the complex nothing was going to settle on them. We decided instead to head to Summer Leys as its local and has hides so we could get out of the inclement weather. Lots of birds around here all in good numbers, especially the wildfowl and a large selection of Tits and Finches at the feeding station with a couple of Tree Sparrows too. A quick scan produced a Tufted x Pochard hybrid. I called local birder and Summer Leys volunteer warden Big Jake to let him know in case someone claims a Lesser Scaup sighting , and after a brief chin wag we decided to meet up and go for Rossi the Ringed Billed Gull that overwinters in Southend on Sea down in Essex on the coming Sunday.

Sunday morning Big Jake, my good friend Kieran Nixon and myself were all in a car heading down to Southend in Essex. It took about 2 hours to reach Rossi's ice cream parlour where the bird frequents (hence the name Rossi), we parked the car in prime position and waited on the sea front. The weather hadn't improved since Friday and a strong wind was blowing straight off the sea which made keeping the scopes steady a nightmare, but the view with the tide out and the stormy weather was still impressive. 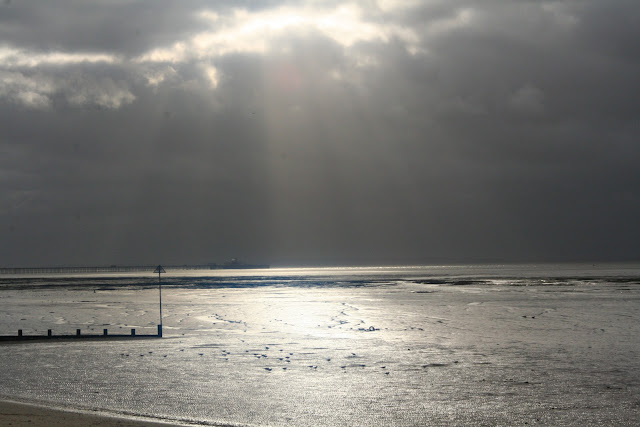 I managed to find a shop and bought some bread as it looked as if we were going to have to work to get Rossi, and the easiest way of searching for Gulls is to get them to come to you. So after a loaf of bread was torn up and thrown to the eager Gulls we started going through them. There were loads of Black Headed and a few Common Gulls with 3 Mediterranean Gulls thrown in too, and they were quite a sight flying around our heads. 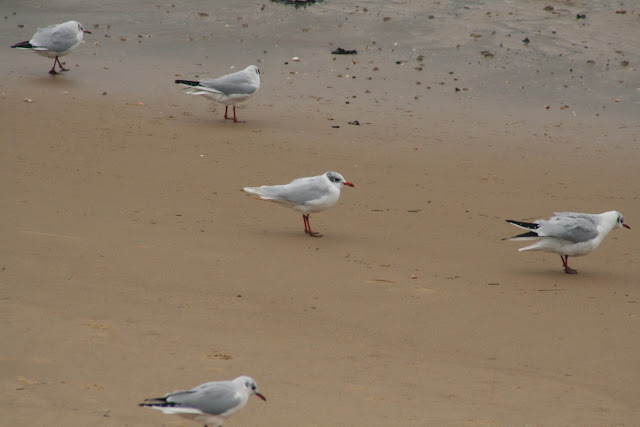 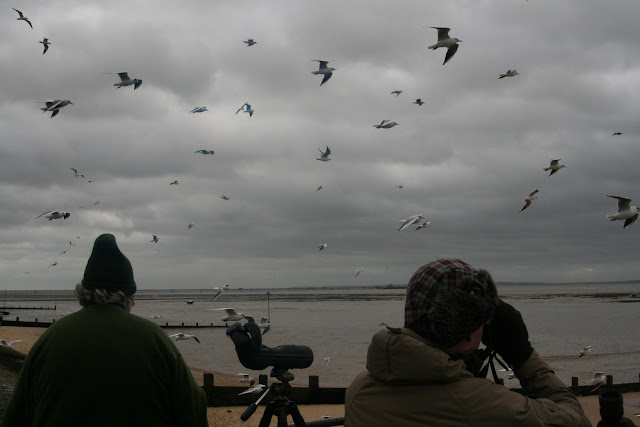 A few Brent Geese were working their way up and down the beach too which made a nice distraction. 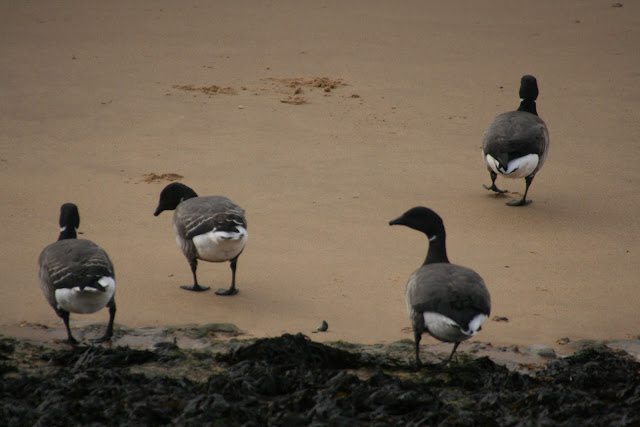 After a quick coffee to warm up a bit we headed down to an area of cover to try and get out of the wind and scoped across scanning through all the Gulls but Rossi still hadn't turned up. Another birder arrived on scene at this point and he seemed to be very keen to point at birds saying that they were Rossi but after a brief inspection were all proved not to be. One bird, a small Herring Gull with a very dark gony's patch did look at a distance to be the Ring Billed but a closer look showed that it wasn't. At this point as the tide got higher and higher a group of Turnstone were feeding along the shoreline and getting quite close to us. A one stage there was as many as 17 birds, and after a while they were accompanied by a single Sanderling who seemed to have little fear of humans and came within 6 feet or so of our feet. 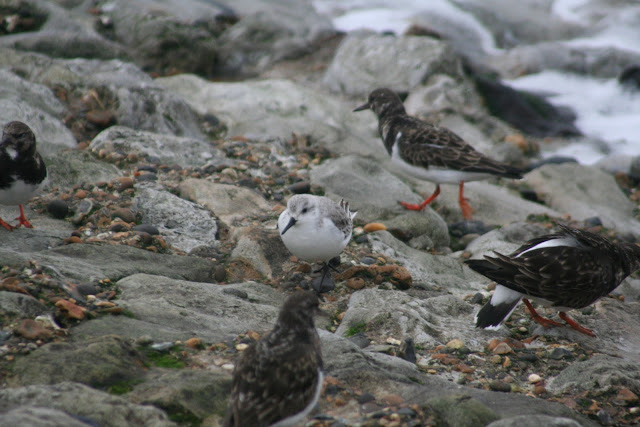 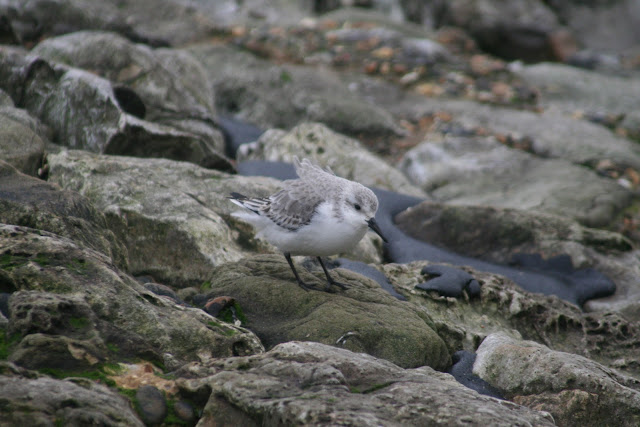 After 5 hours, and the tide now at its highest we decided to call it a day. We left the birder who seemed very happy to tick every Common Gull in the area as Rossi despite us explaining that it wasn't, and after we left a report came through on Birdguides that Rossi was showing well just were we had been standing - no doubt put on there by this individual. Kieran, Jake and myself are positive though that the bird simply wasn't there, and whether this chap was just hanging around waiting for us to leave so he can put the report out to make his list look better must remain speculation. One thing I will say though it's just a shame that all birders can't be honest, if you include the time spent driving backwards and forwards we spent 9 hours in the chase for Rossi so the urge to see it was huge..............but if you didn't see it then you didn't see it, and there is absolutely no point in trying to pretend that you did!

The Monday the 7th was my birthday, and Kieran and I had planned for  long time to spend the day birding in Norfolk. The first species targeted was Golden Pheasant at Wolferton as both Kieran and myself had never connected with one before. They wander along the road side at dawn so an early start was needed to get there in time. The alarm was set for 4.30am and the we reached Kings Lynn by 6am. A quick breakfast in McDonalds was had and then we headed out to the site. During the drive to Norfolk I had noticed a whistling sound from the back of the car but wasn't entirely sure what was causing it, unfortunately we found out the hard way as we were driving around the Wolferton triangle when we hit a dip and the wheel bearings collapsed. So instead of spending a day in Norfolk birding, I spent it trying to limp home a very poorly car praying to god that the wheel wasn't going to fall off on the next bend. Not a good day at all!

Things can only get better! (well lets hope so anyway)