A trip to Twywell Hills and Dales was called for today as the sun was shining and the air was still. Loads of birds were singing in Finedon this morning, with Song Thrush, Dunnock and Greenfinch all heard from the front door. Uopn arrival in the car park Dunnocks, Wrens, Chaffinch, Great and Blue Tits were all singing away and Carrion Crows were calling overhead. A Buzzard was perched in a tree towards Cranford. A walk towards the pond produced a calling Marsh Tit, 3 Dunnocks with 2 males displaying to a female, 7 x Magpie, and a Yellowhammer over. Lots of Rabbits along the banks but no sign of the Kingfisher unfortunately. Along the top of the Gulley and all the trees below were absolutely alive with Tits and Finches with a sungle female Bullfinch, at least 2 Song Thrush, Red Kite, Buzzard, 2 x calling Green Woodpecker and a small flock of 15 Siskin. The buds are starting to break through now so spring is obviously just around the corner. 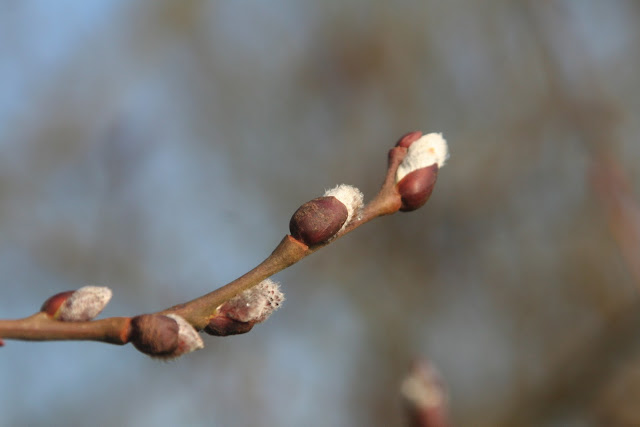 Skylarks could be heard to singing above the meadow on the other side of the meadow, as the trail passed round and into the woodland. Lots of activity here and quite a few Squirrels around with signs of their past feeding habits laying on the floor. 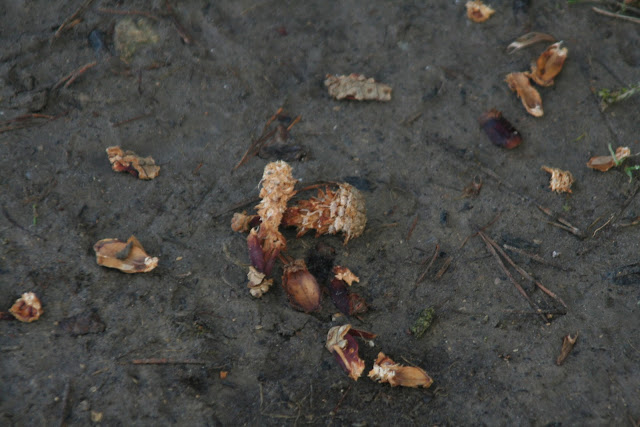 The crossroads near to the Twywell village entrance was productive as ever with loads of Tits kicking around and 3 Goldcrest zipping around the branches high up in the canopy. A male Sparrowhawk passed through 3 time causing an amazing fuss as all the Long Tailed Tits trilled their alarm call. In fact you always knew where the Sparrowhawk was due to all the smaller birds alarming calling it's presence. I started walking back towards the other end of the wood an the call of a Buzzard raised my eyes up to see 3 Buzzard circling overhead in the sunshine. 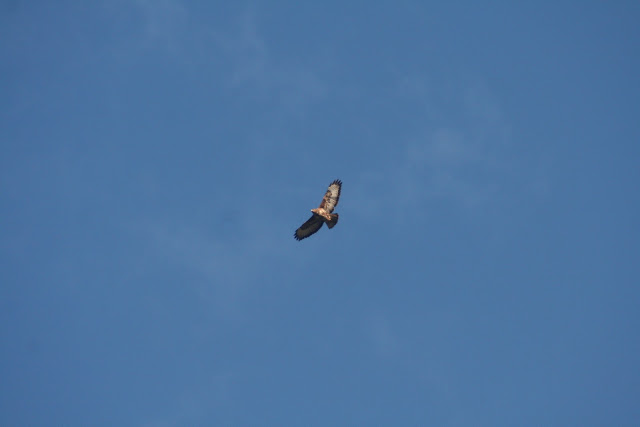 One of the birds then started to display fly in the sunshine, flying straight up then closing it's wings before plummeting down towards the tree tops and opening it's wings right at the last minute. Nearing the Gulley again and a Greater Spotted Woodpecker could be heard calling and 8 Redwing were flying around near to the woodland entrance at the Gulley end. Nothing much apart from what has already been mentioned was along the lower Gulley path, but 2 Mallard had appeared on the Pond. Up into the Whitestone section and Linnet, Greenfinch, Blackbird, Wren and Dunnock were all singing away. Another Red Kite overhead and a Kestrel perched in a tree along with 2 male Yellowhammers. I then wandered down into the Thicket area towards Cranford and was astounded by the numbers of Fieldfare. I counted 136, but there must have been many many more. They were mixed in with lots of Starling and a few Redwing. As always Corvids were all over the place down here with the majority being Jackdaws and Rooks with a lot of Carrion Crows overhead and Magpies looking out from the Thicket. A pair of Greater Spotted Woodpecker was working their way around the tress calling to one another, no doubt looking for a suitable nest hole. The way back to the car had a nice view of a perching Red Kite which flew just before I could get a shot, and another Skylark flying up over a field. Another cracking day, with some fantastic views.
Posted by David James at 13:34