I've been longing to get over to Glapthorn Cow Pastures in Northants over the last week as in keeping with this years early emergence of butterflies the Black Hairstreaks have emerged have been on the wing since late May. I did manage to see one of these last year but I was quite late and only managed to see a very tatty individual and that was hard to find. So this year I had intended to get here at the proper time and see them hopefully at their best. They only fly for a couple of weeks so timing is everything with these and as I have been busy working for the last fortnight I was starting to get a bit worried that this maybe another year where they would elude me. I finally had a day off today and the weather was looking quite good in the morning so I got to the site at about 9.30 and started trying to remember the ride where they were last year.. From entering the wood loads of Long Tailed Tit could be heard, hopefully signalling another good year for them, and Chiffchaff and Willow Warbler seemed to be everywhere. A Speckled Wood was the first butterfly of the day as I made my way towards the 3rd ride in the wood and almost straight away a Black Hairstreak could be seen feeding on the bramble flowers in amongst the Blackthorn bushes. As I walked around these Brambles it became apparent that there was at least 4 Hairstreak here and some were looking almost pristine. They are incredibly easy to approach and I spent a good hour taking photo's. In the end I estimate at least 7 butterflies of which 5 were newly emerged. 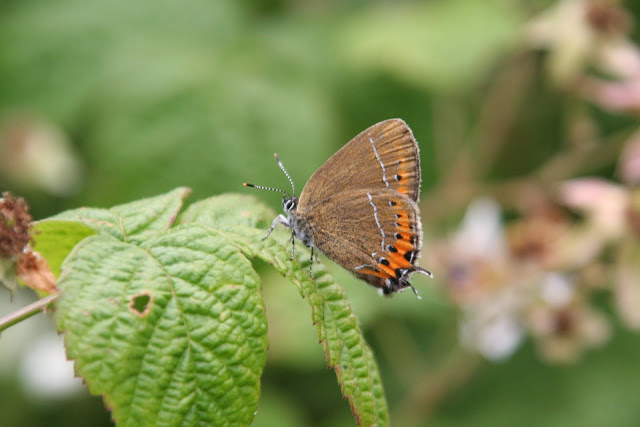 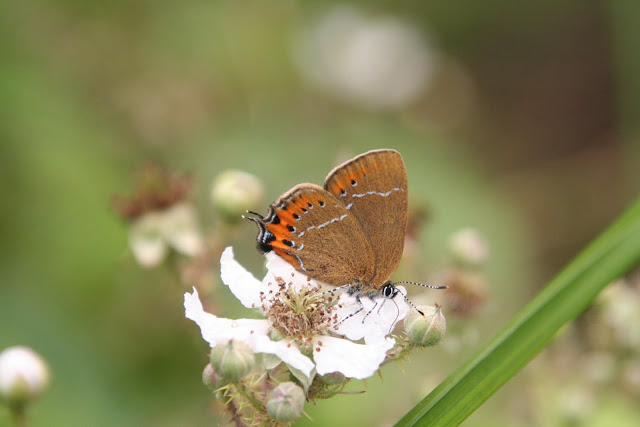 Around the rest of the site could be found a lot more Speckled Wood and a few Meadow Brown, but unfortunately I couldn't find the Silver Washed Fritillary that had been seen in the same location as it was last year.

Fermyn Woods had more good numbers of Speckled Wood with also a very fresh looking Ringlet, which was my first of the year for this species. 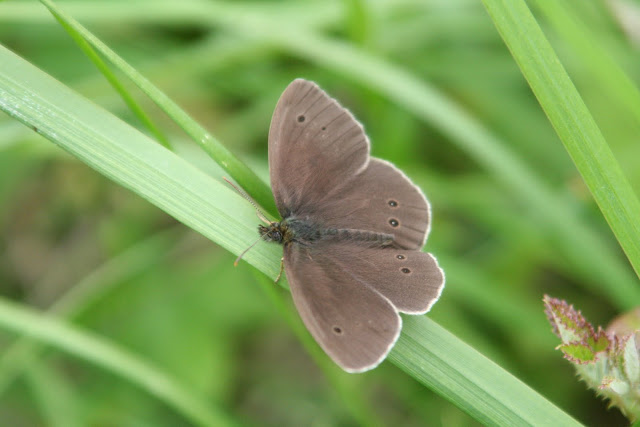 From here I popped over to Twywell Hills and Dales to try and see if any Marbled White had emerged yet as sightings from around the country were starting to be reported but unfortunately drew a blank. Just 1 Dingy Skipper, another Ringlet and loads of Small Heath were the only sightings. 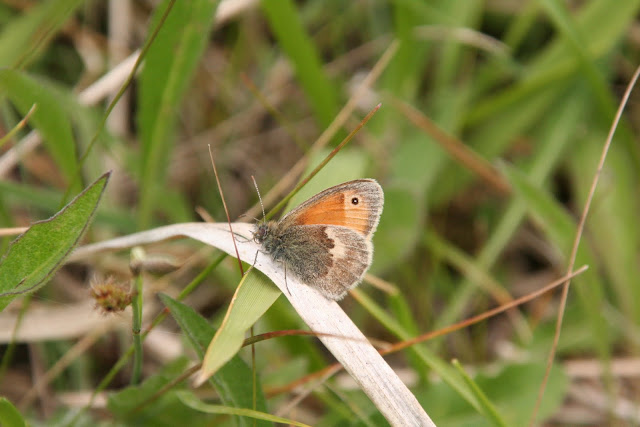 By now the dark clouds were coming over and rain looked very likely so I left. Over the next couple of weeks should see Marbled White at Twywell and Purple Emperor and White Admiral over at Fermyn so i hope the weather improves.
Posted by David James at 15:19