As the weather was so nice over the last few days I decided to use my day off catching up with how the local butterflies were getting on. I only really got into butterflies last year and managed to miss the emergence of Wood Whites in the county so this year I was going to put that right. Over the last few days the weather has been atrocious so any butterfly finding looked pointless but as this week has drawn to a close the weather started to seem a lot more like summer so I popped over to Sywell Woods to try and catch up with them. From leaving the car I walked along the main ride through the wood and almost straight away Speckled Woods were flitting around the edge of the path. 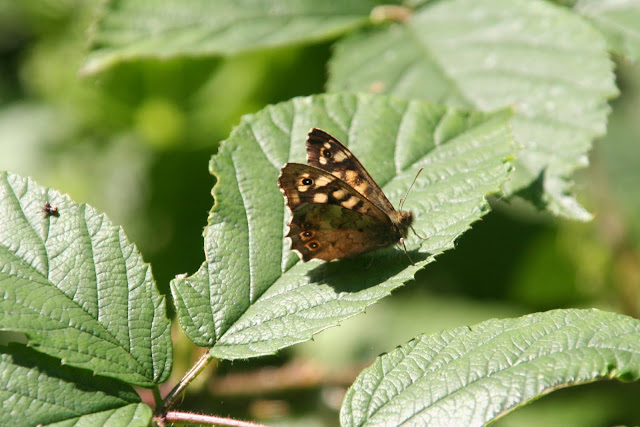 It didn't take long walking along the ride to see a very small butterfly heading along the side of the path. In the books Wood Whites are described as Britain's daintiest butterfly, and today I saw why. They are tiny little things with an incredibly thing body. They look as if one small gust of wind will blow it into the next county so no wonder they like sheltered woodlands. 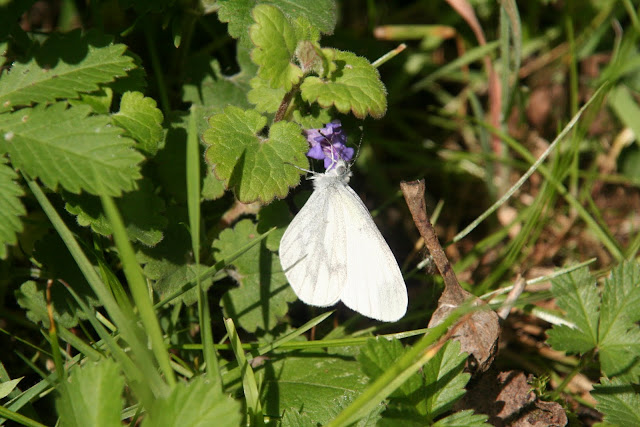 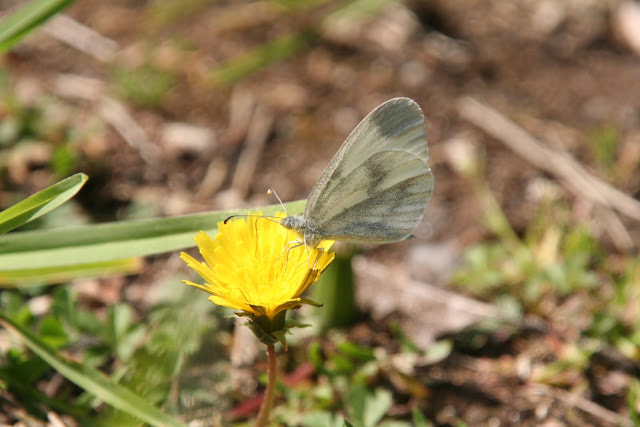 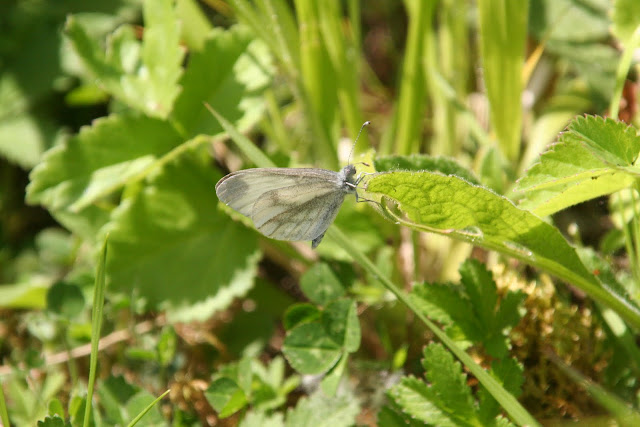 After spending an hour or so here I decided to go over to Pitsford Reservoir as the summer Plumage Slavonian Grebe that had been doing the tour of the local counties had been seen there for the last few days. I am assuming of course that it is the same bird that I saw at Grafham Water in Cambridgeshire(see previous posting) a few weeks ago, since then it has been to Eyebrook Reservoir in Leicestershire, somewhere I can't remember in Bedfordshire, Summer Leys in Northants and now it finds itself here. As the Wood White site was only about 10 mins from Pitsford I thought I'd catch up with it. The bird was just south of the causeway and looked incredible in the sunshine at midday. It did come fairly close to the bank at one stage before taking flight. 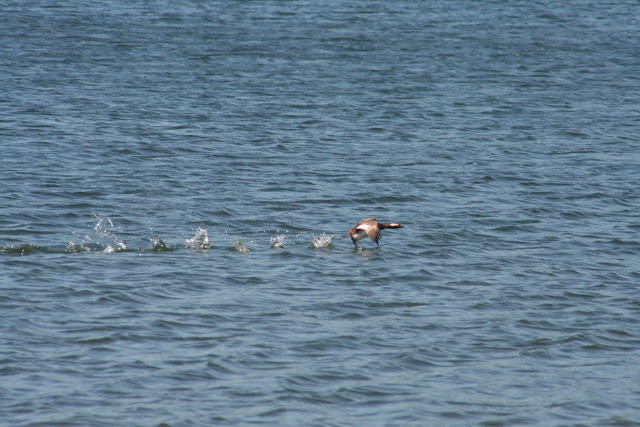 I also managed a short and rather shaky digi vid throught the scope.

Back to the causeway and I noticed quite a few Common Tern fishing in the shallow water right next to the roadside so I couldn't resist a few snaps. My lens isn't good enough to get pics of these normally so I thought I'd take the opportunity while they were so close. 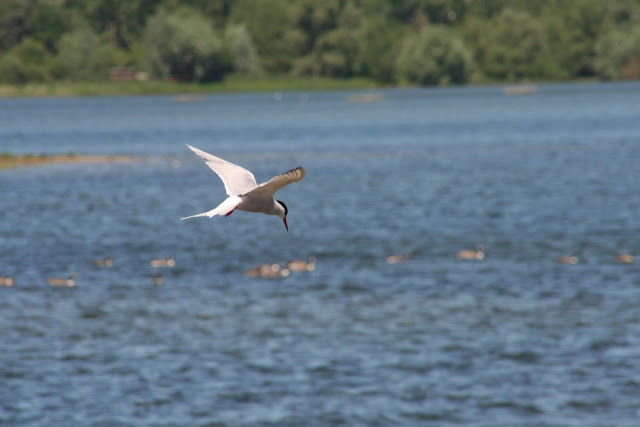 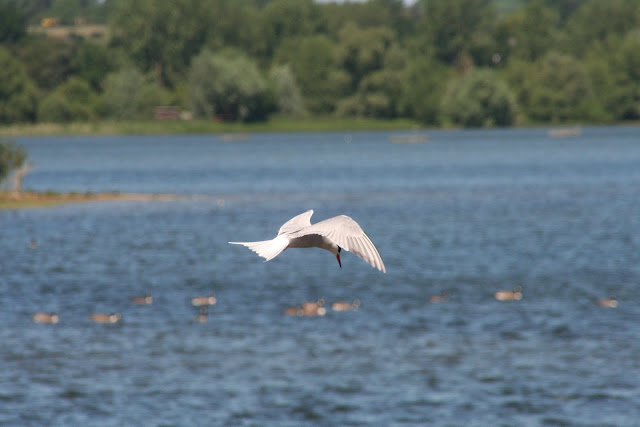 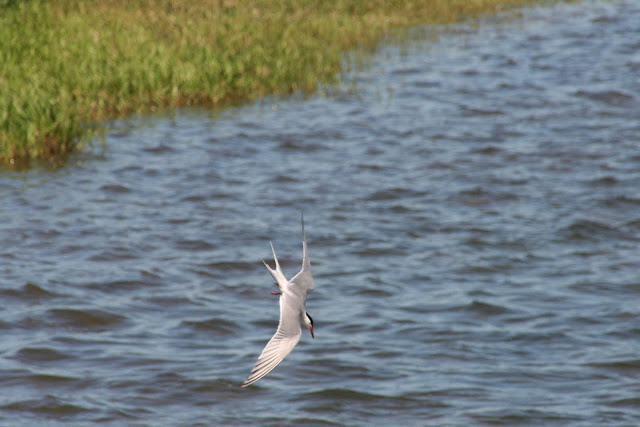 Twywell Hills and Dales were next on the menu to see how the butterflies were doing here. A chap I met at the Slav Grebe had mentioned that Marbled Whites were starting to emerge near where he works but sadly they haven't started at Twywell yet. Also I didn't manage to see and Dingy or Grizzled Skipper. On the plus side though Common Blue and Green Hairstreak were still flying despite looking very worse for wear some of them. 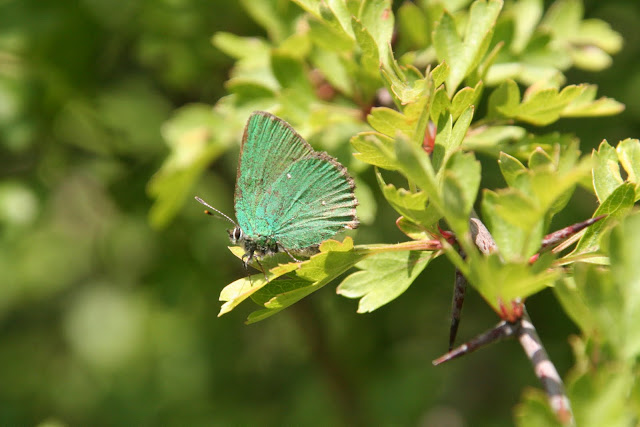 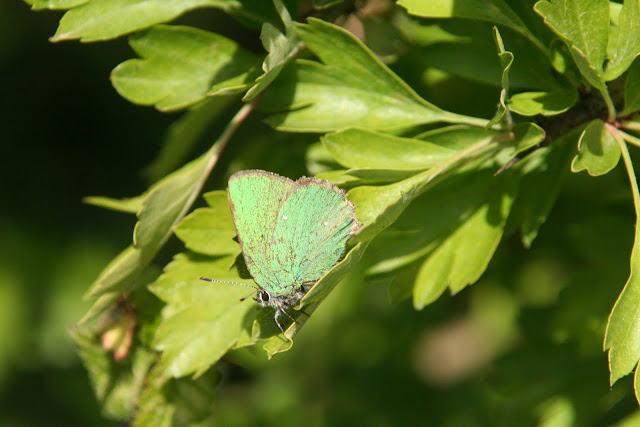 On the top of the Whitestones area a pair of Common Blues were mating, just a shame they looked so tatty because otherwise I could have got a better picture, but never mind you can't have it all I guess. 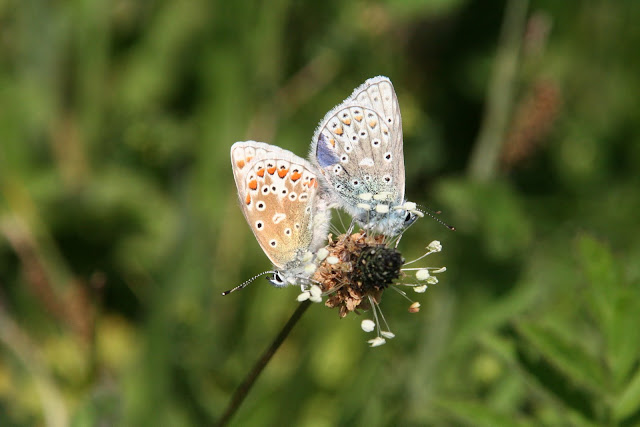