During the previous week a Cream Coloured Courser had turned up on a golf course in Herefordshire and John Friendship Taylor and me had planned to see it after work on the wednesday but unfortunately it did a bunk at midday so we well and truly dipped. During the discussion about going for it we had mentioned how nice it would be to pop into Wales as we would be in the area to see what delights were on offer but as the main target bird had rather unhelpfully flown high and west we were at a bit of a loss as to what to do as not much else was nationally being reported - so we decided to go to Wales anyway! At 6am on saturday morning John and a new guy to the birding scene, Sam Candy, met me at my fiance's house and we made our way straight to South Stack on the West coast of Anglesey. The weather was absolutely superb with hardly a cloud in the sky and as we left the car park a male Stonechat was sitting high up singing away on the gorse. We made our way to cliff edge to be greeted with the amazing site, sound and smell of the seabird colony with lots of Guillemots clinging precariously on the cliff edge. Closer inspection easily found a few Razorbill, Fulmar, Kittiwake and 4 Puffin down on the sea below. It was nice to see the pair of Raven that had been here a couple of years ago on my last visit still very much active flying backwards and forwards from their nest to the seabirds and stealing eggs with incredible ease. We also didn't have to wait long for a sight of a Chough as one drifted passed on the sea breeze. From here we took a walk along the cliff tops and admired the incredible views of this amazing coastline, marred ever so slightly by the odd fishing boat coming into the bays. We had a few Rock Pipit and Stonechats along the way and also a Wall Brown and Small Pearl Bordered Fritillary butterfly, both life ticks for me. 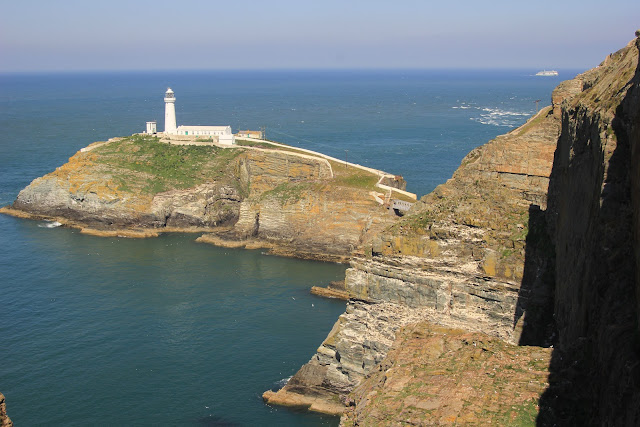 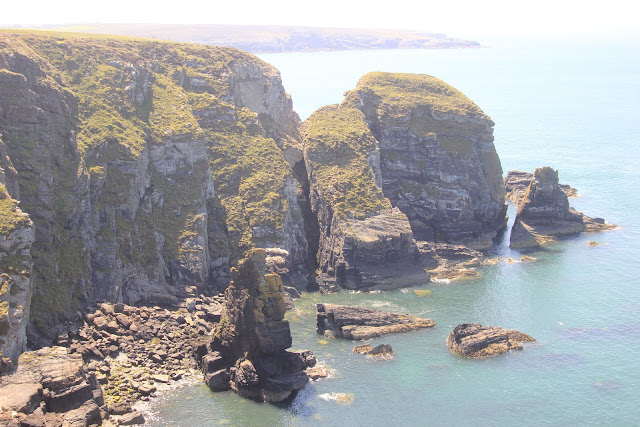 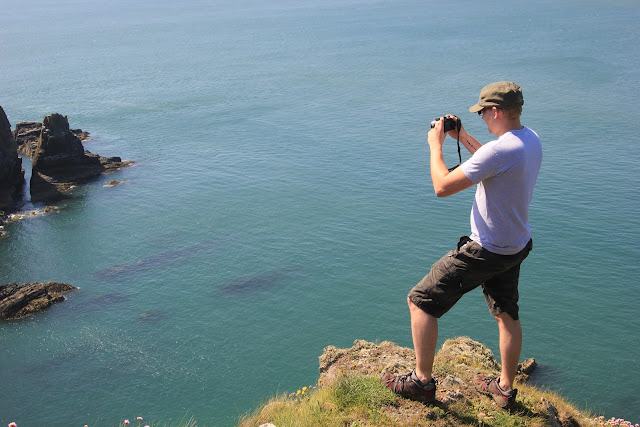 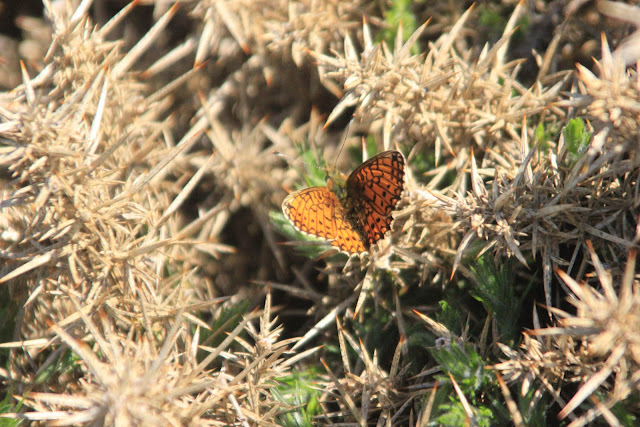 After taking in the scenery and admiring great views of two Chough in the fields opposite the visitor centre we headed to Holyhead Harbour for the Black Guillemot. A thorough scan of the main side with the boats couldn't locate one so we followed the road around to the other side to the fishing quay and found a mini bus of birders had just pulled up and already they had a Black Guillemot out on the sea. Turning around to face the calmer waters inside the harbour another summer plumage Black Guillemot was sat on the water closer in and the views were outstanding. I had been informed of an area called Worlds End in Wales and as it was on the way back home I thought I'd ask the tour leader from the minibus if he had any tips. I was astounded to discover this was non other than Alan Davies (of The Biggest Twitch fame) and his wife Ruth on one of his North Wales birding tours. I have to say he was an incredibly nice guy and while his tour was having a bite to eat he took the time to give me all the info I needed - even drawing a map for me on the back of an old phone bill I had in the back of the car. So armed with this information we headed to Llangollen taking in some of the outstanding landscape of the Snowdonian National Park. 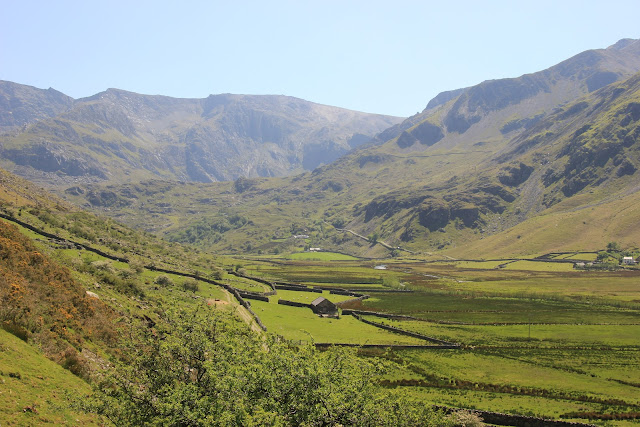 The reason we had gone to Llangollen was due to it's reliability as a Dipper site and as you can see from the photograph below it absolutely ideal for them. 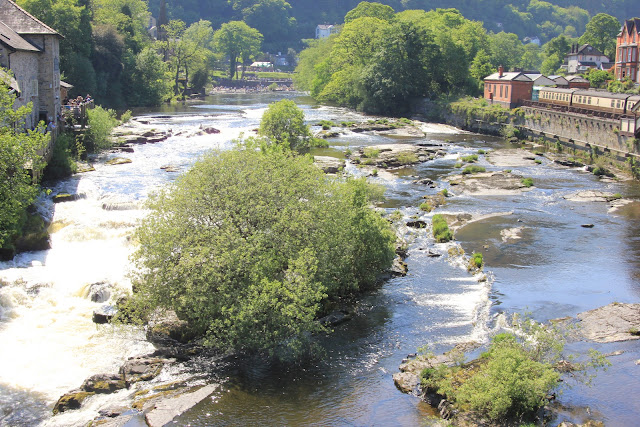 The bad news is though what you can't see in the photograph is the multitude people swimming in the river just out of shot. As soon as we saw this we realised that seeing a Dipper would be very lucky but we persevered regardless but unsurprisingly drew a blank. Not too disheartened though we headed up to Worlds End and after a lot of scanning eagle eyed John managed to pick out four distant flying Black Grouse - not the best view but a view all the same. Then a little further down the road John and me saw a pale Harrier sp. flying up and down over a ridge to our right and as I got the bins on it it turned out to be a male Hen Harrier which then shot off before we could get to higher ground for a better look. Never mind we had got what we had come for pretty much and with the exception of Dipper and Wood Warbler we'd cleaned up. The addition of a male Hen Harrier and a couple of new butterflies I hadn't seen before were added bonuses, and along with a few beers along the way and the incredible weather we had a great day out birding an area I should really make the effort of getting to more often.

Now for a very rare sight indeed - me with my legs out so you have been warned! If you are of a nervous disposition then look away now. Sam Candy on the left, me in the middle and John Friendship Taylor on the right. 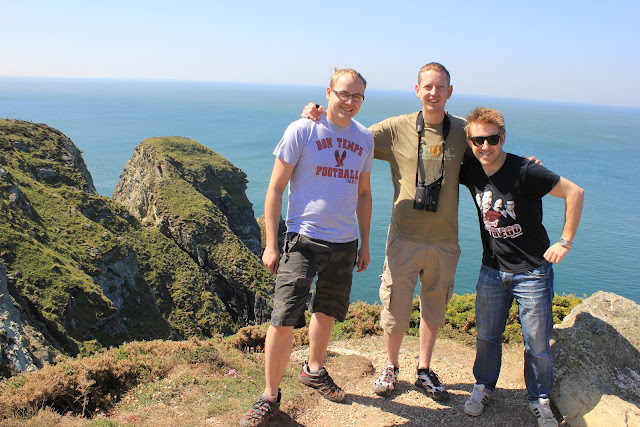