The last couple of weeks has seen the temperatures plummet in Northants with snowfall one weekend followed by an unbelievable frost on the following weekend. The only plus side to it was they luckily happened when I had time off work so I could grab a few pictures. The biggest downside for me though was it meant the birds were quite rightly keeping their heads down in the cold so the year list was put on hold for a bit. The weekend at the beginning of February saw the snowfall with quite a sizeable load falling on the Saturday night and as |i felt it wise just to leave the car on the drive I took a walk into Salcey Forest. Bird wise it wasn't too bad despite the inclement weather with more Nuthatch than I can ever remember seeing in one place - there must have been at least a dozen along the 5 mile walk. Also Marsh Tit in good numbers and the added if rather enexpected bonus of a Raven flying overhead. I had really bad luck with the light though and had to make do with taking pictures of the patterns the snow had made as landscape seemed a bit drab in the fog. Anyway here's a couple of results. 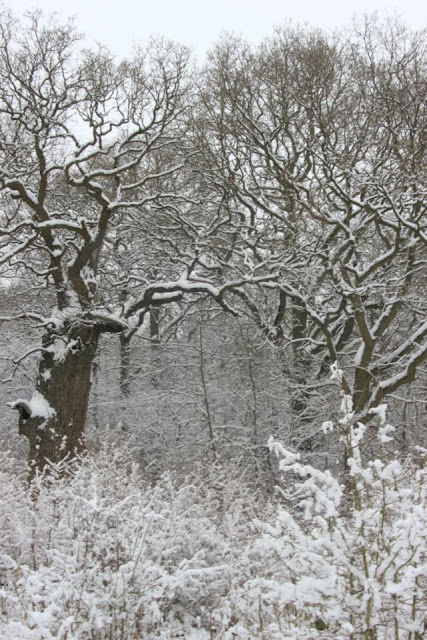 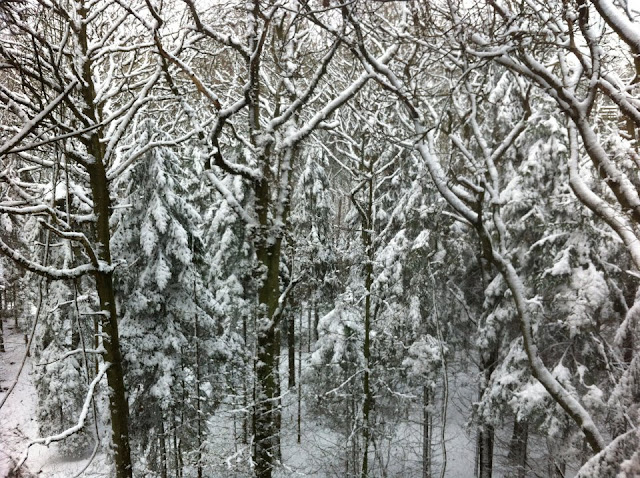 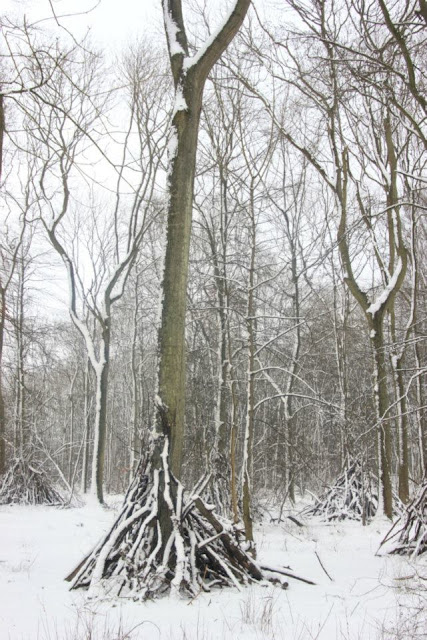 The weekend after this saw temperatures drop to the lowest point for nearly 30 years. My first stop was Pitsford Reservoir hoping to see the Slavonian Grebe for the year tick but it quickly became apparent that it wasn't going to happen this morning. The cars thermometer was reading -13c and as a very thick fog had formed you couldn't even see the bank let alone look for birds on the small areas of ice free water. So with this in mind I jumped back in the car and headed for higher ground, hoping the fog will have lifted herem and concentrate on using the stunning (if not very very cold) morning for some photography. The area I chose was Twywell Hills and Dales and as the sun shone through large ice crystals started to form on the vegetation in front of me while I walked around. It was one of the best examples of hoar frost I have ever had the privalege to witness. 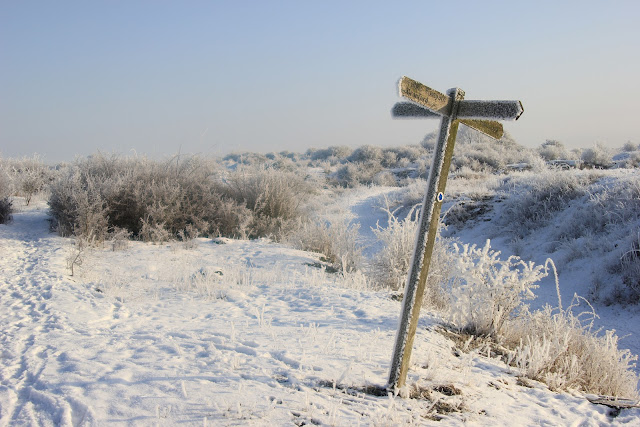 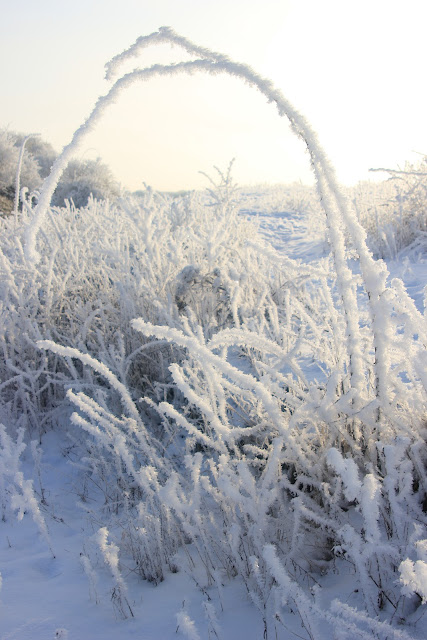 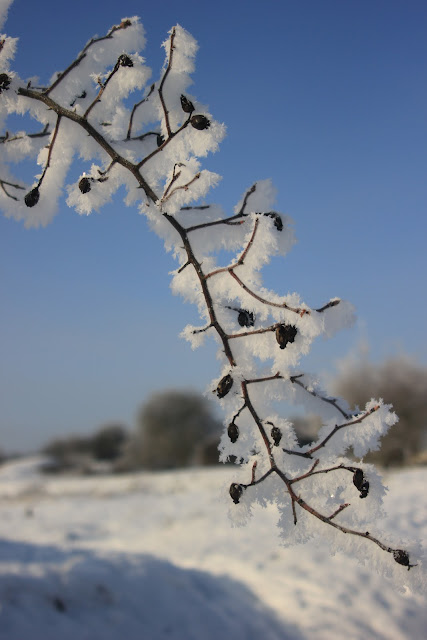 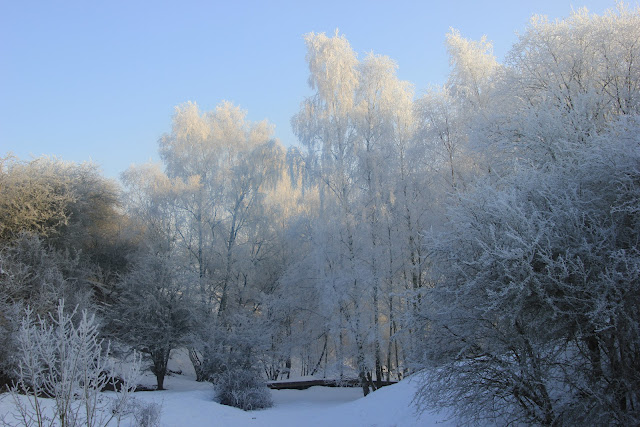