I'll be the first to admit that I don't update this blog as much as I should but in my defence I do tend to spend more time trying to see things than I do writing about them.So when less than 24 hours after the last update I find myself writing a new post today must have been good. Today had been earmarked to help naturalist friends of mine Paul and Carys Brewster to see Wood White butterflies so it started at Sywell Wood just north of Northampton. I arrived just before them so I quickly checked the area out and within minutes of entering the wood I was onto a Wood White flitting around in the undergrowth. A very showy Speckled Wood posed nicely for a photo too.

Shortly after they arrived and we explored the main ride running through the wood. Wood Whites were everywhere! Apparently the numbers of Wood Whites this year have been the best for 20 years and it was very much in evidence today as a look in either direction showed loads flitting around the side of the ride. I let Paul get the bulk of the shots as he'd traveled so far to see them but I couldn't resist one as it came down to the ground.

One of the great things about macro photography is the way it makes you try and notice everything in the undergrowth and it was while searching for bugs I noticed this little critter. I approached it with the camera and it clamped itself down onto the leaf like a Limpet! Paul text me later to say he'd identified it as a Green Tortoise Beetle and I can see why it's called as such. I eventually got it on my hand and it's legs and antennae popped out just like a Tortoise coming out of it's shell but when it's on the leaf it's amazingly camoflauged.


Other butterflies very much in evidence were the Common Blues. They do add a welcome splash of colour as they go whirling passed and a pair in cop was to good a photographic opportunity to miss.

After we'd got the pics we'd wanted we left and went to a nearby location I know of that's good for Brown Argus butterflies. Unfortunately we didn't see any ones we could get pics of but luckily Paul did see one shoot passed in flight. A huge surprise though came as we walked across the area and Paul suddenly exclaimed "there's a Bee Orchid!", we looked around and couldn't believe our eyes! A quick count found a total of 34 Bee Orchid spikes right infront of us and completely out in the open. We took a number of pics and I have to admit we simply marvelled at the spectacle. I couldn't believe what I was seeing considering I had driven all the way to Twywell Hills a Dales yesterday to see just one!

Unfortunately Paul and Carys had to leave to head back home but I quickly rang a few people and returned with Ian Pretty who lives locally to me. We had a bit more of an exploration of the area and managed to find another load about 50yds from the original ones making the total tally a whopping 46 Bee Orchids! Here's a few pics of the spectacle. 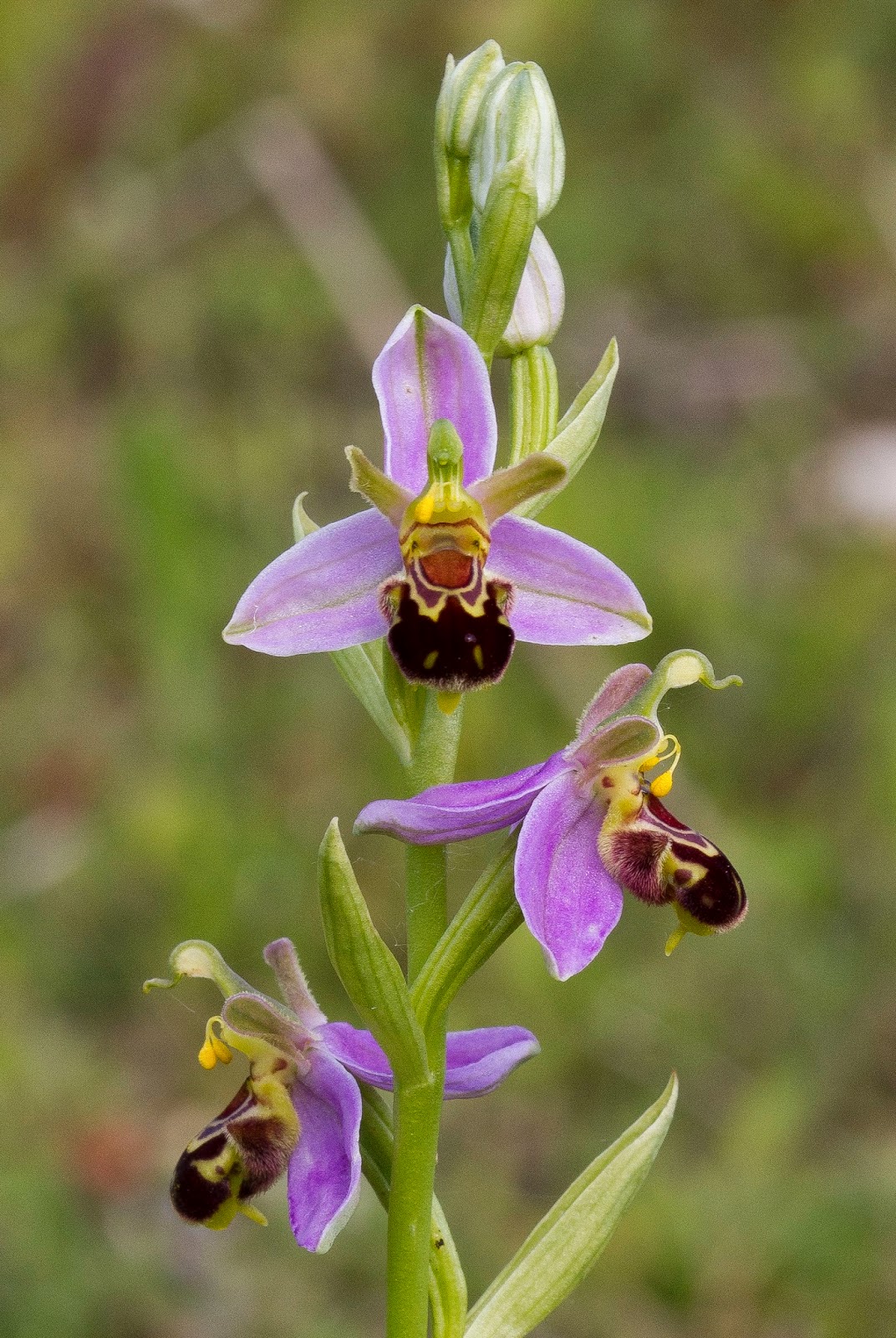 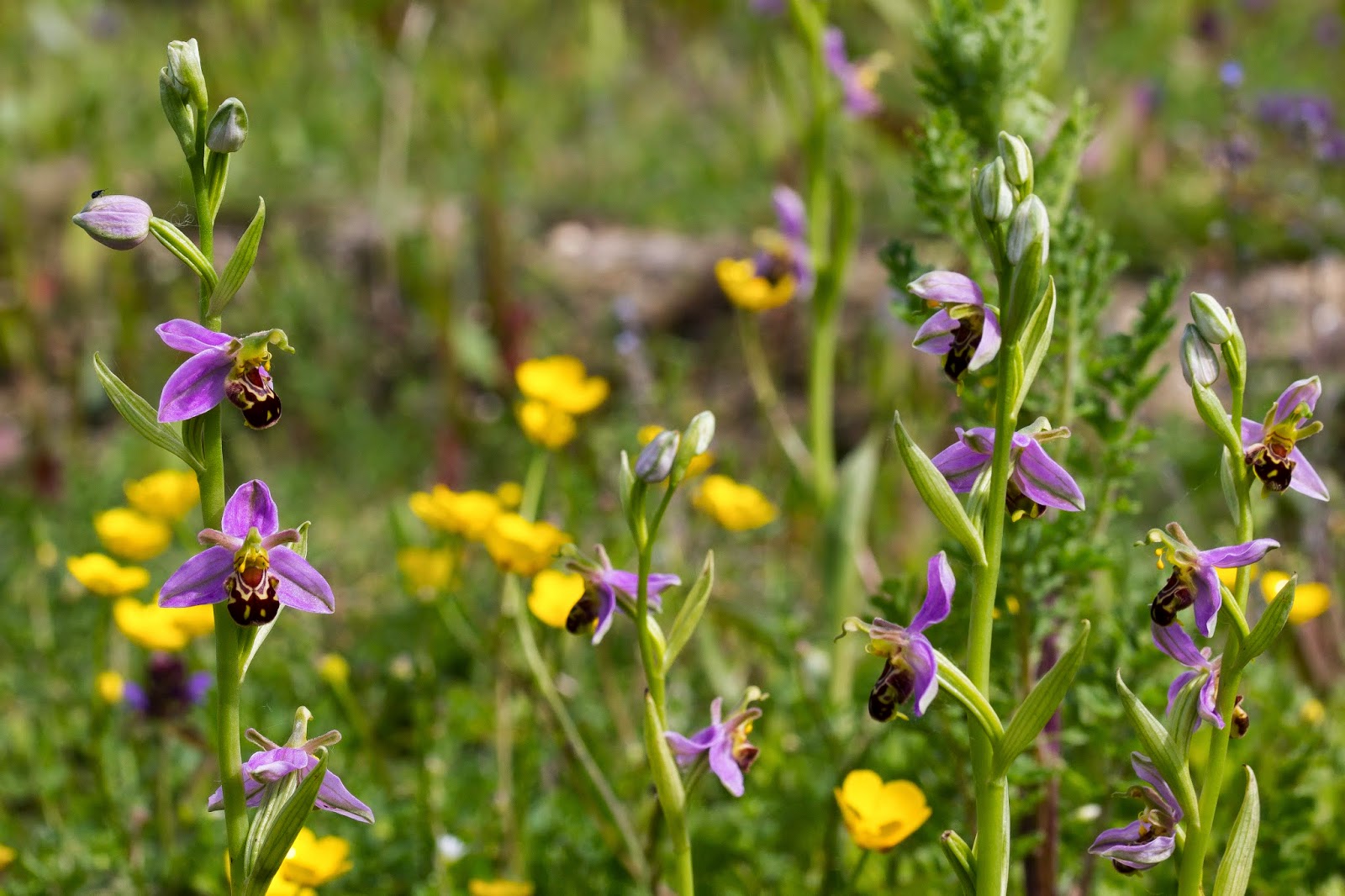 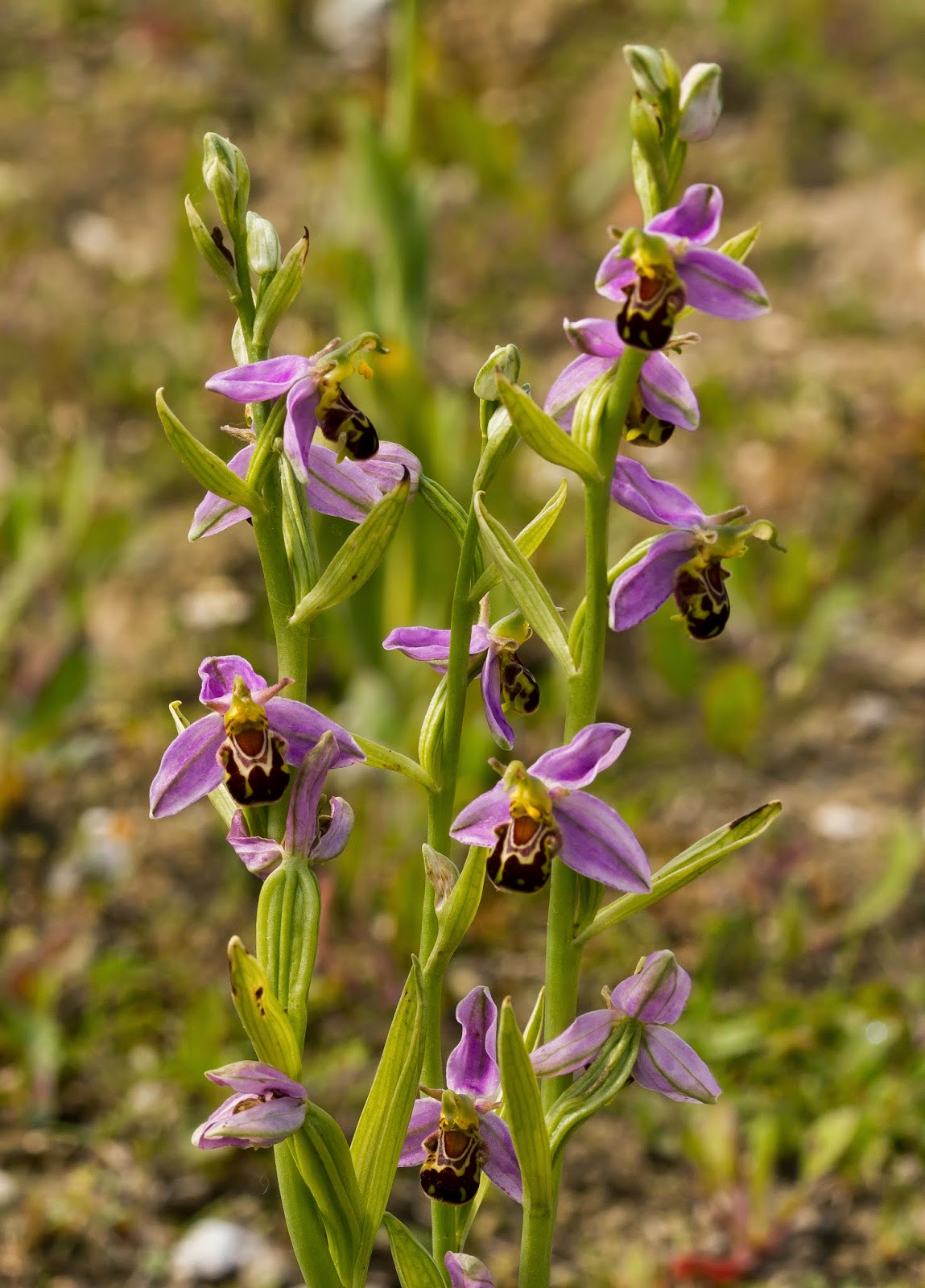 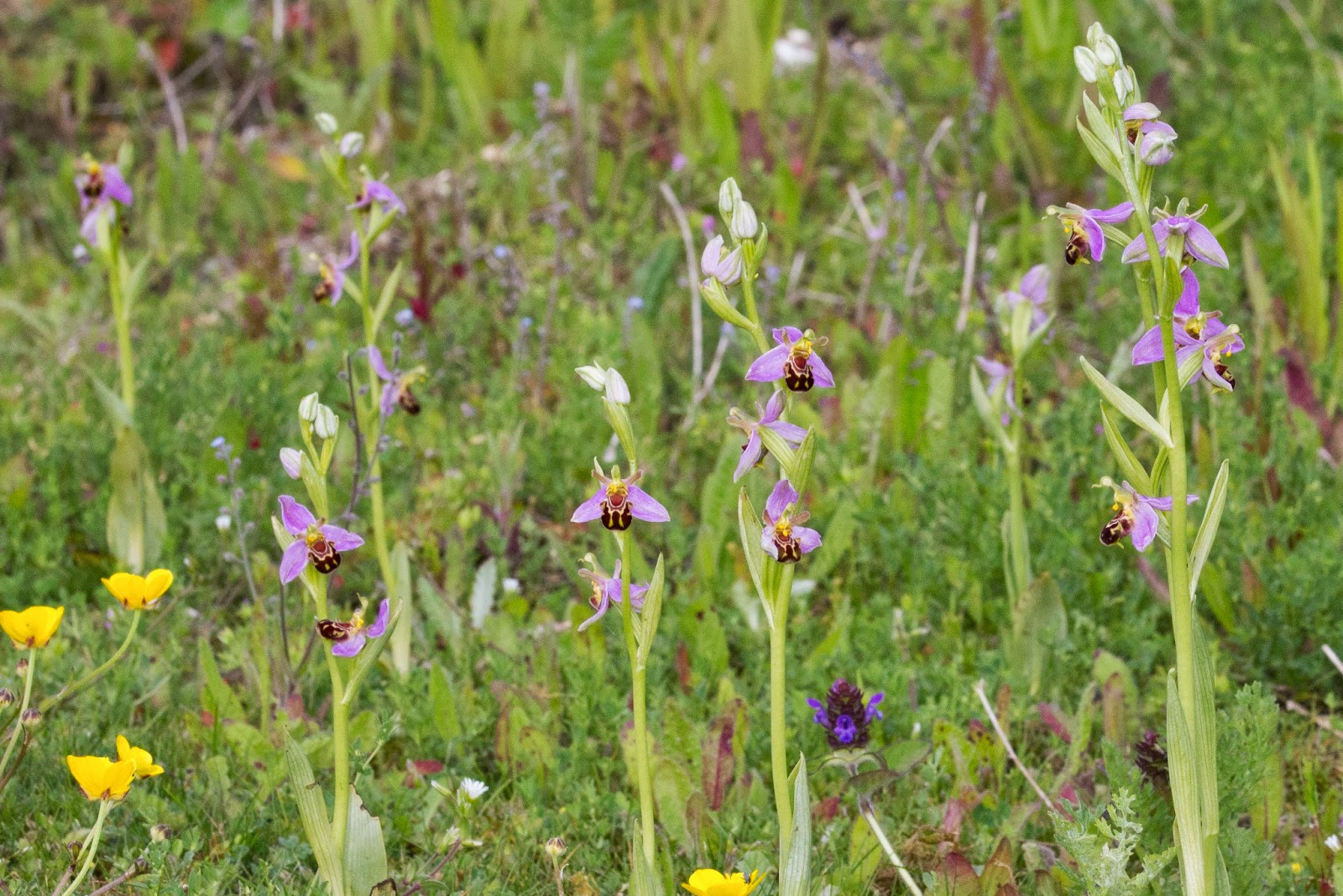 After admiring the Bee Orchids me and Ian went to explore the bank at the Grange Park site. Quite amazingly Ian picked up a yellow butterfly which we eventually stumbled upon again as we left. A pristine male Clouded Yellow was whizzing up and down the bank!! I did have a dream all winter that last years batch would survive the winter but after a chat with the county recorder Doug Goddard on the phone the realization hit me that this probably wasn't a survivor but more likely a new migratory one, the fact that it was June and we had seen 3 Silver Y's migratory moths today and a Painted Lady had been reported elsewhere in the county earlier in the week only enforced this. It also was behaving as Clouded Yellows often do and simply wouldn't stop for a pic. Never mind it was a great sighting for us and I don't think I'll ever get tired of seeing one, there is always something special about seeing a butterfly that you know has been through quite a journey to get where it is, and me and Ian were lucky enough to see it! We capped the day off nicely with a pint of cider in the local pub.
As a footnote a few days later on the 10th of June I did another more thorough count of the Orchids as another friend of mine (Stuart Mundy) wanted to see them. We found a couple of other groups of Bee Orchids at the site further east to the main group bringing the total count of Orchids found to a huge 68!!
Posted by David James at 19:48