Up nice and early this morning, 5am start to try and get a Wood Warbler that has turned up at a local wood. Wood Warbler has been one of my target species this year, so much so a drive to Wales was on the cards to get one so when the news broke that one had been found in the locality I had to go and see it. The bird was found at a place called South Wood near Corby so armed with the directions I arrived on scene at 6am. I walked down the railway line for what seemed like ages before the spinning coin song rattled out from the canopy, and it became clear that seeing the bird from ground level was going to be a nightmare with all the foliage so I climbed a bank opposite and saw the bird flying from tree to tree opposite where I was standing. It is obviously holding a territory as it was singing at the top of 5 trees in a circle, and the views it was offering in this mornings sunshine were incredible. An incredible bright warbler with it's whole body shaking with the force of it's song, it was an excellent start to the day.

From here as the sun was so bright I popped into Twywell Hills and Dales on the way home to see what butterflies were to be had. Up on the Whitestones there was lots of Common Blues with the odd Brown Argus. Some of the Common Blues were posing nicely in the sun despite the now windy conditions. 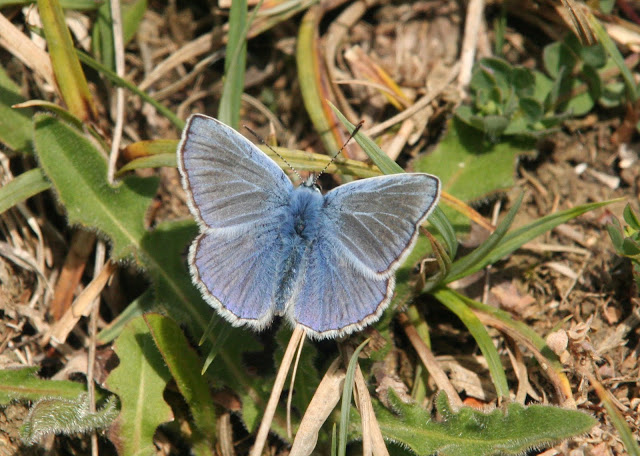 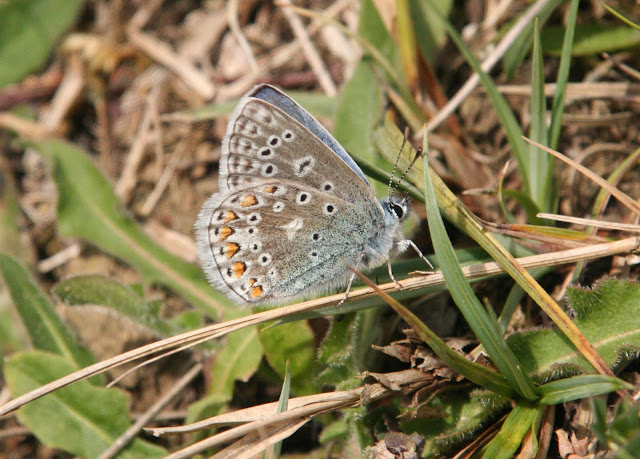 I never found any Small Copper or Green Hairstreak on this visit but like I say the wind was now picking up so it wasn't exactly the ideal conditions to look for butterflies. On the plus side there were some absolutely stunning Grizzled Skippers sunning themselves on the bare areas of ground. 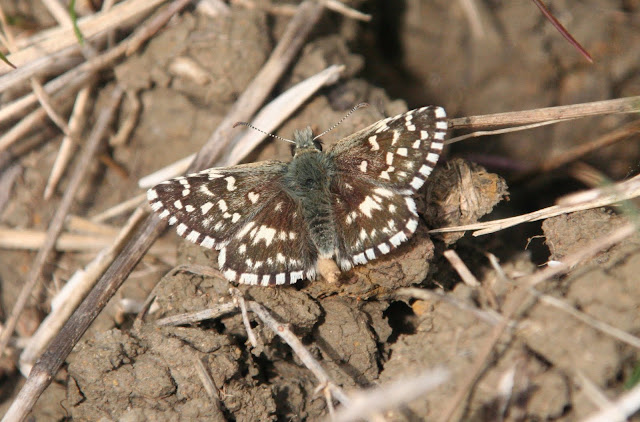 Dingy Skippers were also quite numerous too. 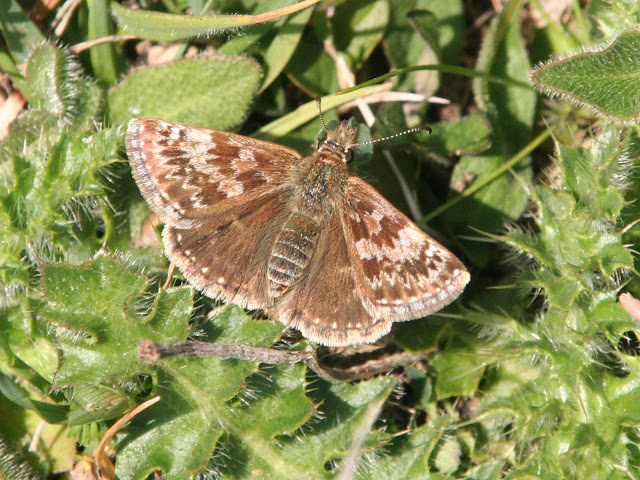 Not a bad day out really, shame I couldn't get Green Hairstreak again but the conditions were starting to get so windy by midday it seemed a bit pointless trying. Next butterfly on the hit list is Wood White so I'm going to have to do some research!
Posted by David James at 18:46